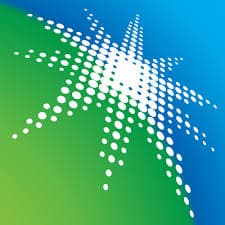 The Aramco IPO story seems more and more to be a line from the world famous story of ?Scheherazade and 1001 nights?. As the famous princess needed to tell stories to save her life from the wrath of Sultan Shahryar, Saudi Crown Prince Mohammed bin Salman (MBS) repeats the Aramco IPO story to quell possible opposition inside his Kingdom.

Since more than three years, the global financial world has shown a healthy appetite to take a share in Aramco, the world?s largest and most profitable oil and gas company. Western, Asian and Russian bankers and institutional investors have been scrambling to get a piece of the action, but were hit by major delays, changes in plans or outright miscalculations by Saudi counterparts. Still, whenever the time is right, MBS wakes up the market by reiterating that the IPO is going to happen. Since a couple of weeks, new dates have been suggested, and the kingdom is now aiming for 2020-2021.? Skepticism about the IPO has been large, even when the Saudis just announced the plan. Still, being part of a possible $100+ billion deal is an attractive proposition for most banks.

A long list of the rich and famous in the financial world, such as Goldman Sachs, Citigroup, Evercore, Moelis & Co., HSBC, JPMorgan Chase and Morgan Stanley, have all been parading with their roles. No hotshot wanted to be left out. The optimism of 2016-2017 however has waned, and the IPO plan is now being met by skepticism and even outright disappointment. Media sources report that several major banks and advisors are leaving, as possible fees offered by Saudi Arabia are too low.? Others have put off an active approach, and are taking a wait and see strategy.

Based on the ongoing delays in most of the Saudi Vision 2030 strategic projects, and sometimes mismanagement, the attractiveness of the Aramco IPO is much less than before. Another question that popped up at the end of 2018 is even more interesting, ?does Saudi Arabia need the IPO even??. As shown by the unexpected high-level of international interest for the Saudi Aramco international bond issue, the Kingdom does not need to open up its own treasure trove to get funding.? Reasonably high oil prices, a regionally strong economy, inclusion in several Emerging Markets Indexes, and strong investments by Asian and Russian partners have diminished the necessity to sell a part of Aramco.

At the same time, Saudi insiders have reported that there is a growing opposition inside of MBS?s internal power circle to the IPO and other mega projects. News emerged that inside of the Royal Court, the Ministry of Energy (Khalid Al Falih?s office) and the Ministry of Economy, a strong opposition exists to continue with the current plans. Looking at the financial situation of the Kingdom, and its growing regional and Asian-Russian links, there is no need any more to put Aramco up for sale.

These financial deliberations are definitely worthwhile to consider, but there is one other factor to be taken into account, MBS.? The position of the Saudi Crown Prince is still extremely strong. He has been able to integrate his own ideas and strongmen into some of the most crucial positions of the Kingdom. The king-to-be still has officially the full support from Khalid Al Falih, the Armed Forces, the Ministry of Economy and others. Still, success has many fathers, mistakes only one. As long as MBS has more trophies than mishaps on his Palmares no opposition will become visible. Until now, a fine golden line surrounds the crown prince, but this could easily be changed.

There are several threats on the horizon to be taken into account. The first one is that MBS?s Vision 2030 is not going to be as successful as was expected. The delays of several Mega projects and the slow liberalization process, are still manageable. For most Saudis and Westerners however MBS first main media moment was and is linked to the Aramco IPO. If this is not going to be a major success or even is put on ice, the Golden Prince will become a Silver Prince. The latter situation would be a direct threat to his popularity and position within his own family.

The Aramco IPO would also remove all the other issues with one stroke. MBS?s military adventure in Yemen, which was supported by his Emirati twin Abu Dhabi?s Crown Prince Mohammed bin Zayed (MBZ), looks to become a major quagmire, especially after that Abu Dhabi is decreasing its involvement. A long military stalemate in Yemen is not positive for MBS? future. MBS and MBZ also have been pushing for US sanctions and actions against Iran. If this were to turn into a full-scale war, MBS needs to deal with the repercussions in case of a major military blow. A media frenzy about the IPO would also remove the ongoing simmering threat of MBS being prosecuted by parties for his possible role in the killing of Saudi opinion maker Jamal Khashoggi.

As Scheherazade did with her Sultan, which ended up in a love story, MBS needs the IPO dream to stabilize power and quell opposition. The $100+ billion gain from a 5% IPO is not necessary, while looking at FDI inflow and global interest in the Kingdom. He needs the Aramco IPO dream as a trigger to change not only the Kingdom but also cement his position in granite. If the world is no longer buying the dream, MBS future is looking bleak.