This arms deal could trigger a new “Cold War” 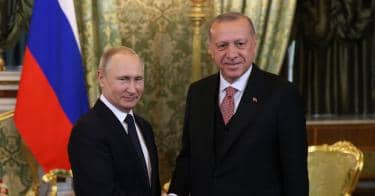 This arms deal could trigger a new “Cold War”

The long-awaited, and feared, delivery of Russian S-400 missile systems to Turkey has started.

In spite of US and European warnings that Ankara should reconsider the Russian arms deal, to prevent economic and possibly military sanctions, Turkish president Erdogan has put his foot down. At a Turkish airbase next to Ankara, the Turkish army has received a first batch of S-400 parts. Turkey?s Ministry of Defense has stated. The coming days new deliveries are expected, threatening not only a possible more hawkish military stance by Turkey in Syria, but increasing risks in the East Med. as a whole.

Ankara also needs to prepare for severe US sanctions, which could include barring Turkey, as a NATO member, from the US F-35 stealth fighter program and banning its defence firms from the United States. Erdogan?s official reaction until now has always been that the S400s are necessary for the country?s security.? Official plans indicate that the S400s will be deployed next to Syrian border, and around Ankara. The coming days a vessel will bring around 100 missiles to Turkey from Russia. And during the next two months, the Turkish military will receive training in Russia. The whole development is causing a severe crisis within NATO, and has put the EU on edge.

The ongoing Russian-Turkish military cooperation is worrying, as Turkey is the 2nd largest NATO member in terms of armed forces. The Turkish military is also involved in a troop build-up on the Syrian border in preparation for a possible incursion against U.S.-backed Kurdish militants, Habert?rk news reported. The East Med region has been already warned by the growing assertiveness and military power projections in and around Cyprus with regards to offshore drilling operations.

With the East Med slowly becoming a major conflict zone, the Russian S-400s could not have come at a more difficult moment. With offshore gas operations off Egypt, Israel and Cyprus being threatened by an ever more hawkish Turkish president Tayyip Erdogan, a military conflict for energy access is already brewing. Even after strong warning signals by Brussels and Washington, Ankara?s maritime forces have set sail and are in contested waters. EC President Donald Tusk has warned that ?its continued escalation (Turkey) and challenge to the sovereignty of our Member State Cyprus will inevitably lead the EU to respond in full solidarity?.? Brussels already has decided to suspend negotiations on the Comprehensive Air Transport Agreement and agrees not to hold further meetings of the high-level dialogues for the time being. The EU has also reduced the pre-accession assistance to Turkey for 2020 and invites the European Investment Bank to review its lending activities in Turkey, notably with regard to sovereign-backed lending. Ankara is confronted by growing involvement of Washington, after the latter has agreed to the so-called East Med Act, which will allow the US to fully support the trilateral partnership of Israel, Greece and Cyprus. It opens also the door for a full US lifting of its long-standing arms embargo on Cyprus. 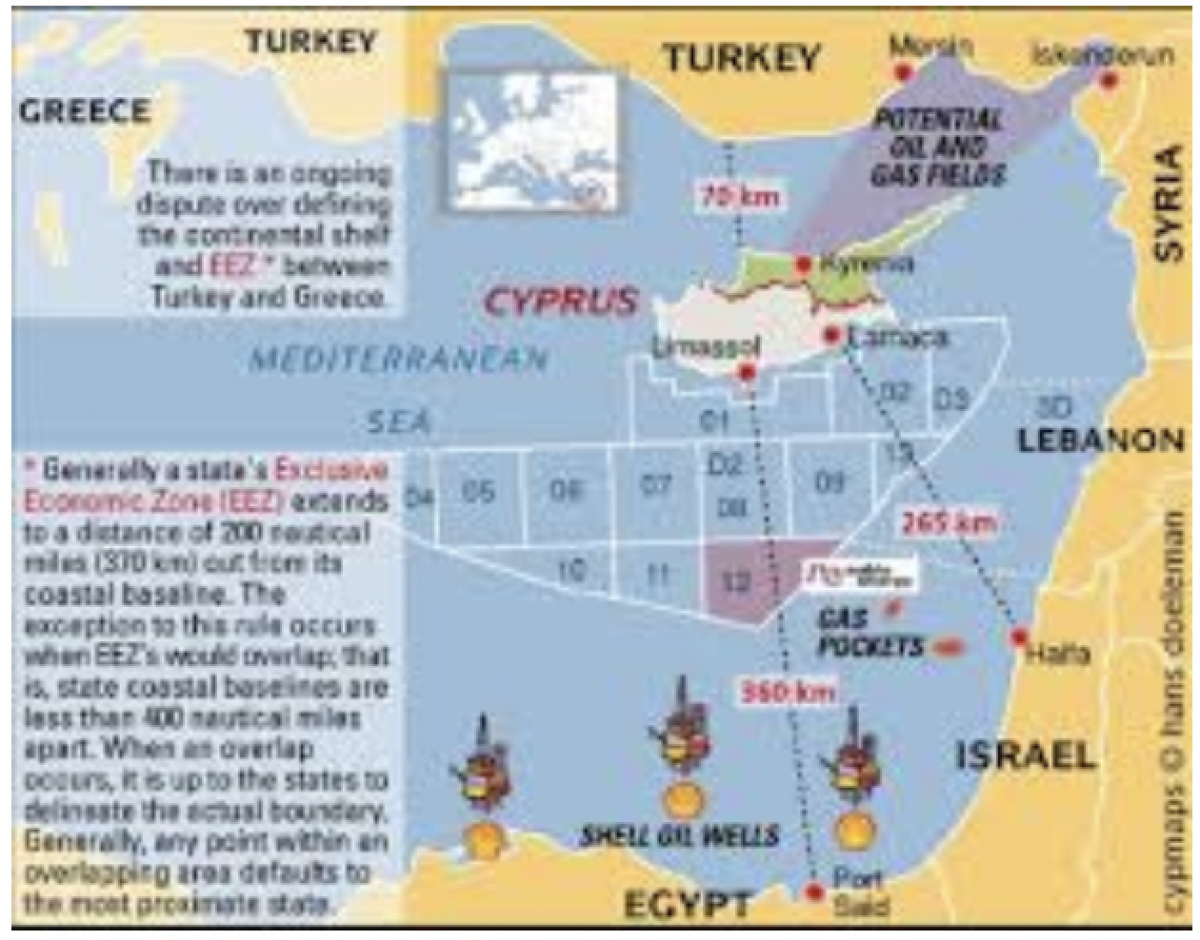 Turkey is looking at a new ?Cold War? situation, this time in the East Mediterranean. Confronted by growing regional assertiveness, and military support for Cyprus (Israel, Egypt), a new front has been built up. Looking at Erdogan?s wounded ego, election defeats and potential splits in his AK Party and growing Russian support, unexpected developments and irrational thoughts could easily lead to further escalation.? Bolstered by his Russian spring moves, such as the S-400 deal, Ankara could call the bluff of its adversaries. 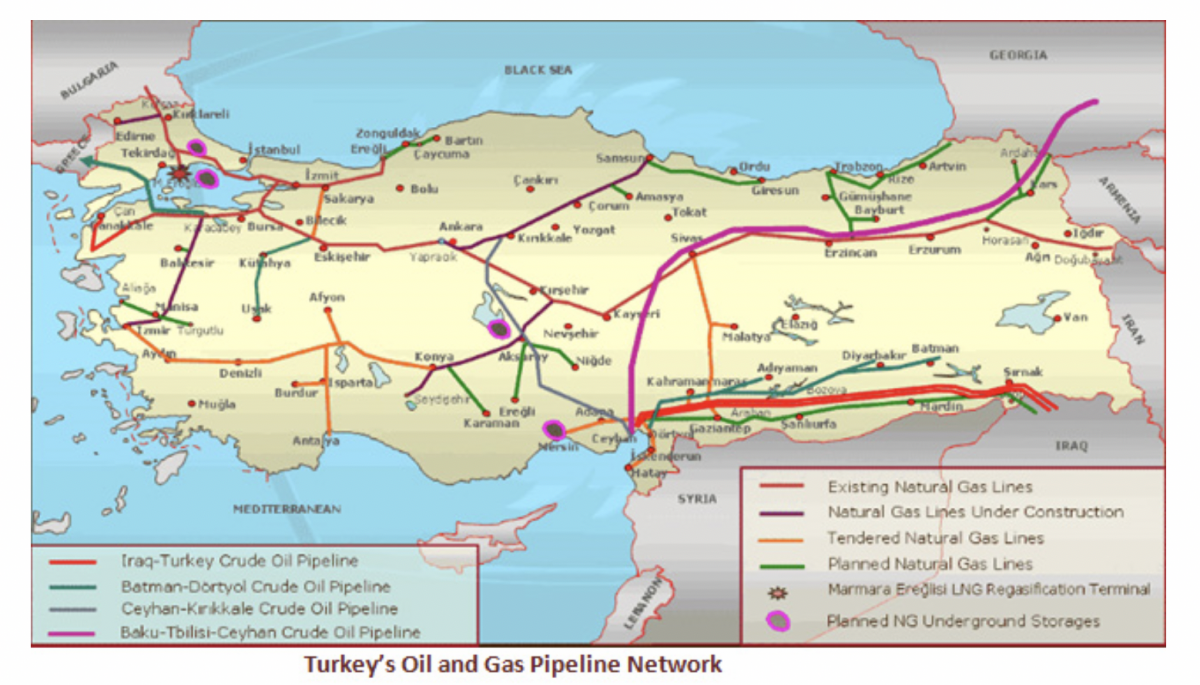 The conflict could be an unexpected bullish factor for energy markets. Especially because most analysts have overlooked the fact that a regional conflict could involve Turkey?s control over the Turkish Straits (Bosphorus and Dardanelles). The latter is a major potential chokepoint for petroleum liquids transit from the Caspian Sea region. Even that total maritime oil and petroleum product volumes through the Turkish Straits has declined since 2011, 2.2-2.4 million bpd of products still flow through the Straits. The majority of oil moving through these shipping lanes supplies Western and Southern Europe. Most Black Sea ports are the main oil export routes for Russia and other Eurasian countries including Azerbaijan and Kazakhstan. At the same time, the Turkish Straits total number of vessels is still at around 48,000 per year. Apart from this, Turkey also has become a natural gas hub to Europe, due to its extended oil and gas pipeline infrastructure.

Some signs show a tendency for conflict the coming months, or weeks. A regional East Med-Turkish conflict will be detrimental to oil and gas flows to Europe. Potentially several millions of barrels per day of crude and petroleum products will be taken out of the market.