The world’s top LNG producer is in trouble 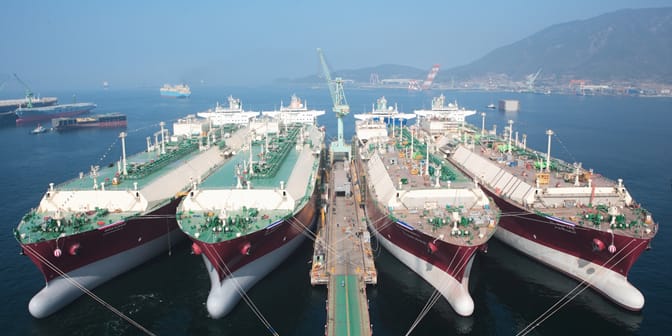 The world’s top LNG producer is in trouble

Global LNG markets are struggling with a glut of unprecedented levels.

International expansion in Australia, Qatar, Mozambique and Egypt, combined with a continuously strong US shale gas export drive, is pushing down prices further. Analysts have warned before that a possible LNG glut could end in tears, but nobody was expecting that the market would also be hit by a demand side shock such as China?s coronavirus. The last couple of weeks, major LNG export cargoes to China have been diverted to other clients or are still looking for a destination in an already woefully oversupplied market.

Major LNG producers such as Qatar or Egypt are feeling the pain already. During Egypt?s EGYPS2020, a major oil and gas conference, participants showed concern about the imminent future of the East Med gas hub, as new LNG export contracts still have not been signed and asking prices are unlikely to be met.

Today?s announcement that Qatar has delayed its choice of Western partners for the world?s largest liquefied natural gas (LNG) project by several months isn?t going unnoticed. Without direct statements by Qatar Petroleum, sources have stated that the delay decision has been made based on current market fundamentals and the still unclear impact of the Corona virus. Qatar has been fighting an uphill battle as the market has been glutted by US shale gas exports and a drop in Chinese demand.

International interest for the Qatar LNG expansion has been large, and among those interested were industry giants such as Shell and ExxonMobil . No list of interested parties has been issued by QP, but around six Western companies are believed to have shown interest. The market was expecting the announcement of its partners by QP in Q1 2020, but this will be delayed until later this year. Rationally the decision to delay is needed, as a 60% LNG production expansion by QP to reach a volume of 126 million tons by 2027 will be a real risk.

At the same time, the coronavirus has put the total global market on edge. Demand for oil and gas is feared to be hit very hard, even when current demand figures of China and others are way above what some analysts have been expecting the last weeks. Lower prices have enticed Chinese fill up storage tanks. Still, if Chinese authorities fail to contain the virus, Asian economies could come to a partial standstill, which would gravely impact demand for transportation fuels and natural gas.

Not only traditional LNG exporters, such as Qatar, or East Med producers like Egypt or Algeria, are being hit by the current glut. US shale gas exporters are now facing a major crisis too. Dreams about entering global strong markets with high price settings however have been destroyed, as due to an already existing gas glut, prices have been low already. US gas exports are now only contributing to the glut, pushing prices even further down. Booming U.S. exports combined with lower Asian demand is a major recipe for disaster, effecting most IOCs, but especially Shell, Total and ENI, as all have been concentrating their own investment and expansion strategies in natural gas. Some US producers, such as Chesapeake Energy are already fighting bankruptcy, and IOCs have been hit by a slump in profits.

For Arab producers, especially Qatar, Algeria or Egypt, the future is uncertain. New gas discoveries will need to be monetized to support economic growth and diversification plans. For Qatar current expansion plans are needed, not only for new exports but also to keep the international investors and operators interested in the success story of Qatari LNG. Algeria at the same time is looking at other routes to get additional cash to prop up its fledgling economy the coming years. Egypt?s Energy Hub strategy, in cooperation with Cyprus and Israel, is a matter of life or death. International cooperation and investment strategies are needed to the regional economy going. Without markets or clients, however, all will be put on ice, as no investor or IOC will be willing to spent another $10 billion on a possible new 8 million tons LNG train. In Qatar?s case, the planned expansion is slated to cost around $60 billion.

All eyes are currently on China, as the Asian giant has accounted for 40% of the global growth in LNG demand since 2015. Strategies were decided on demand projections for China to exceed 82 million tons per year by 2023. The same was expected, at lower volumes, for India and possibly other areas in Asia and even Europe. The current slump and the coronavirus effect has put all in doubt. A main concern will be that the LNG glut spirals out of control, pushing major operators over the edge too.