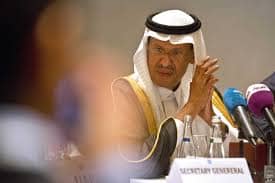 Saudi Arabia, OPEC?s leading oil producer, is not only stepping up its Saudi Aramco IPO process but is also reshuffling the oil and gas power dynamics within its borders. In the last couple of days, media sources have been heavily reporting on the effect that splitting up the Ministry of Energy, Minerals and Mines will have on the country?s oil strategy. In reality, Saudi Arabia?s long-term oil export and production strategy is unlikely to change dramatically as market fundamentals have forced the Oil Kingdom into a corner. Media outlets have also been focused on the implementation of the Aramco IPO as reason for the shake up, with reports that Saudi Arabia will be ready for the first stage of its IPO later this year.

One element of these changes that hasn?t been looked into, however, is the internal Saudi power structure, in which Khalid Al Falih, Saudi energy minister and Aramco?s Chairman, is playing a pivotal role. For international media sources, Al Falih is the main representative of the Kingdom, not only with regards to OPEC, but also as a mediagenic personality, well versed in international diplomacy and business relations. His power position, which until now had been fully supported by Saudi Crown Prince Mohammed bin Salman, has been cut down dramatically. Last week?s split up of Al Falih?s main power base, the Ministry of Energy, Minerals and Mines, was evidence that cracks were emerging in his hold on power. Today?s statement that Al Falih has been replace as Chairman of Saudi Aramco, the second scale-down in a week, now confirm a significant shake up.

Officially, Al Falih is being replaced by Yasir Al Rumayyan, head of the sovereign wealth fund and part of MBS? inner circle. Saudi officials have stated that Al Rumayyan?s appointment as chairman is a step forward to support the overall IPO process, while clearly separating the Ministry of Energy (Khalid Al Falih) from the Aramco powerhouse. Saudi Arabia?s official angle is that Al Rumayyan is vital part of preparations for the IPO. There is, of course, no mention of any discord or power games going on within the highest level of Saudi leadership.

It is no secret that the Saudi Crown Prince considers an Aramco IPO to be the cornerstone of his rule. In the last few years, MBS has been struggling to get uniform support for the IPO. Conservative forces within the Saudi Royal entourage, and especially within the Royal Court (the main advising body of the King), the Ministry of Energy and Aramco, have been clearly opposing any hasty IPO process. Rumors have been flowing that Al Falih and others have been warning MBS to reconsider the IPO or reconsider its targets. These disagreements have largely been kept under control by Saudi leadership.

The current reshuffle of Aramco, the Ministry of Energy, and other key government power houses, such as the Saudi sovereign wealth fund PIF,? the appointment of a chief of the Royal Court (Fahad Al Essa) and Mazen Al Kahmour as chairman of the national anti-corruption commission, is a clear sign of the increasing power of MBS. All newly appointed heads and ministers (including the new minister of minerals Al-Khorayef, who is a former top executive at Al-Khorayef Group – which is a strong supporter of MBS). Al Essa was part of MBS? power structure at the Saudi Ministry of Defence before being appointed chief of the Royal Court.

It seems again that MBS and his supporters, all behind the Aramco IPO and the diversification of the Saudi economy, are stepping up their moves to take full control of the Kingdom. Any opposition to the goals set by MBS, or perceived to constrain or even threaten the success of Saudi Vision 2030/Aramco IPO, are to be sidelined or removed totally. The next couple of weeks is sure to see more of the same as the Kingdom heads towards a new era. Old structures are being removed, MBS is consolidating his position and diminishing possible opposition bit by bit.

This strategy has been clear since 2017 when an anti-corruption sweep put high ranking royals, businessmen and power brokers behind gold plated bars in the Ritz in Riyadh. The latter was done just after the Davos in the Desert 2017 or Future Investment Initiative 2017 (FII2017). Hit by the Khashoggi murder FII2018 was a major media issue, but MBS and his plans survived. The current reshuffle should and can be seen in the light of FII2019, which is coming very soon. The main story will be a new future for Saudi Arabia, based on success stories such as the PIF and Aramco IPO, all of which will be credited to MBS. The media should now be fully focused on MBS, with the likes of Khalid Al Falih becoming increasingly unimportant. The ongoing oil price market struggle, set in place under Al Falih, has not brought any of the additional revenues that the Kingdom had hoped for. New blood is needed, this time to support the success of the Aramco IPO saga. The targets have been set, and anyone who opposes them will be removed. To remove Al Falih from the Aramco helm puts the oil giant?s future up for grabs. It is a gamble, as it breaks with a decades long tradition in which the minister of energy was also the head of Aramco. There remains a chance that conservative forces within the government could put up resistance, but each day that goes by sees MBS consolidating his power further.