The Saudi pivot to the East is real

Berry Group / Energy  / The Saudi pivot to the East is real 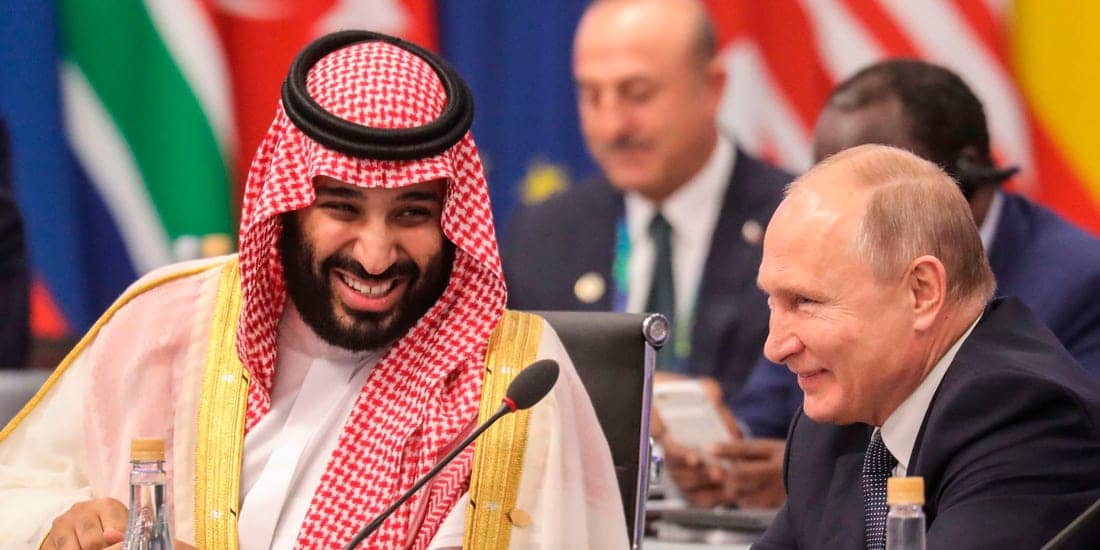 The Saudi pivot to the East is real

After a short lull in the media frenzy about the Aramco IPO, touted to be the largest listing ever on a stock exchange, steps are being taken to actually realize the dream.

Geopolitics, global economic crisis threats and Brexit have clearly changed the minds of Saudi policy makers the last couple of days. After years of enticing Western stock exchanges, especially NYSE, LSE and even Frankfurt or Paris, probing into all possibilities and forcing stock exchanges to be very flexible, Riyadh now seems to have had enough of possible geopolitical, legal and financial threats to its treasure trove. The Saudi government and the Aramco management have decided to refocus its listing adventure on Asian markets, such as the Tokyo stock exchange, with Hong Kong as a runner up.

Western investors, government officials and stock exchanges still don?t seem to understand that there is an immense appetite worldwide for the Aramco IPO, with Asia as the main focus at present. The Kingdom?s advisors have made it clear to the Aramco entourage that a listing on NYSE and LSE at present is going to be very risky. Since the election of Boris Johnson as the UK?s PM, showing a detrimental focus on a No-Deal Brexit on October 31 2019, the position of LSE has gotten shaky.

Without a Brexit-deal, the UK?s overall position within the global economy and financial world is in shatters. The negative effects of a No-Deal are already visible, as flocks of UK based companies are relocating to the European mainland, while others are afraid of a meltdown of the British financial system or even worse. It?s this type of instability in the UK that keeps the Saudis from listing Aramco in London. For the British government this is a major slap in the face. After years of intense lobbying by London?s financial guru?s, in close cooperation with the UK government, London seems to be put on ice. The costs are expected to run in the billions, as not only LSE will be taking a hit, but the attractiveness of London as a global financial center is at stake.

Legal challenges in the USA for a listing are also still very clear. A NYSE listing is at present considered to entail severe legal challenges, not only due to the legal risk of the U.S. bill that could allow families of the victims of the 9/11 attacks to sue Saudi Arabia. Additional fears are that the company listing could start up a long list of climate lawsuits in the US against Aramco. Others have indicated that the appetite of Western institutional investors could be constrained or have even stated the risk of U.S. political influence on Aramco to change its commercial path after listing.

At the same time, political risk also has entered the overall view of Saudi officials when it comes to a large Hong Kong listing. The ongoing and still spreading unrest in Hong Kong, where protesters are confronting Chinese security forces, is not taken lightly in the Kingdom. While China remains the main market for Aramco and Saudi Arabia in general, the Saudis are not known to be setting up shop in commercially instable environments. With its crown jewels at stake, no risks will be taken.

The impact of Brexit, US litigation and Chinese insecurity, other options are now topping the list. Japan?s Tokyo Stock Exchange seems to be leading the pack. Stability in Japan, and the long history of cooperation between the two countries has inspired Riyadh. Related: Iran Looks To Reduce Dependence On Oil To Zero

At the same time the Aramco U-turn is politically charged. The continuing skepticism in Western media of Saudi Crown Prince Mohammed bin Salman will have had an effect. US Senators also have been very active in attacking MBS, with some of them even calling for his resignation as Crown Prince.

MBS?s dream of a new and vibrant Saudi Arabia is partly based on the listing of the Aramco IPO.? The Crown Prince has a major say in the future, and will have been enticed by the lure of Asian friends, maybe even instigated partly by others, such as Russia. Looking at MBS? personal approach, it is very feasible to say that the crown prince, hit on by Westerners now since the end of 2018, is calling for a possible pay-back! That this falls within the economic-financial and geopolitical strategy of the Kingdom is win-win situation for both. With this pivot to the East, Saudi Arabia also puts the ball back in the court of its partners in the West. If you want to deal with us, be a friend, not a frenemy.

IPO Update: Insiders in Saudi Arabia are now stating that Aramco (aka the government) will soon proceed with a phased flotation. First listing is expected to be in Riyadh, while international listing is set for 2020 or 2021.

By Dr. Cyril Widdershoven for entornointeligente.com