The oil market isn’t as weak as it appears 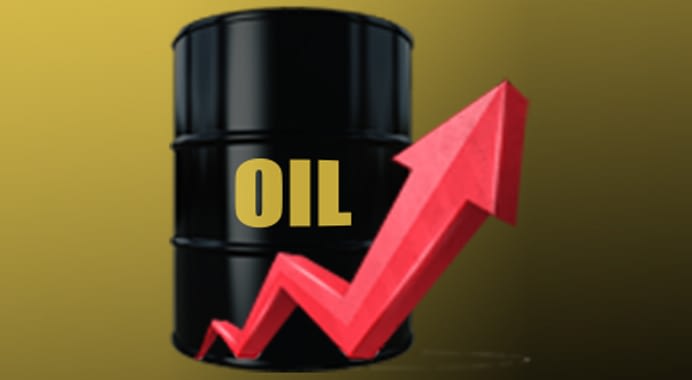 The oil market isn’t as weak as it appears

A slight price recovery on Friday couldn?t save what turned out to be the worst week this year for oil markets.

Brent is currently hovering around $68 per barrel having fallen from a $74 high earlier this year. Increased worries about a possible oil slump, due to the perceived negative impact of the escalating US trade war with China, and unexpected higher stock volumes, have scared mainstream analysts it seems. It seems that the oil market is not being ruled by bulls or bears, but is being sheepish instead.

The combination of a perceived global economic slowdown, higher levels of US oil storage, and rumors of a possible de-escalation of the Iran-US crisis are mitigating the clear and present danger in oil and gas markets. Without a doubt, OPEC+ will be rolling over its ongoing production cut agreement, as the oil cartel and its Russian partner are content with higher crude oil prices and strong demand. The positive effects of US sanctions on Iran and Venezuela, which removed vast volumes of crude from the market, has been a godsend for OPEC+. Trump?s dream of US energy independence is no longer working against OPEC+. The current market situation only emphasizes the power of OPEC+ on the global market. Trumps? strategy, and the increased geopolitical risk that it brings in Iran, Saudi Arabia and Iraq, has already been taken into account by the market. It is other developments, such as increased political instability in Algeria, a potential breakdown or blockade by Libyan general Haftar?s forces of Libya?s oil production and increased heat in the East Mediterranean, that may well prove to be a game changer for global oil markets.

US crude inventories, reportedly at their highest level since July 2017, are having an oversized impact on today?s oil market. At the same time, growing fears about the US-China trade war have caused analysts to brace for a slowdown in crude oil demand in the coming months. Both these factors, the trade war and US inventories, are not as serious as the media is making them out to be. The ongoing US-China trade wars is unlikely to become a full showdown. Neither party is willing to risk a full-blown crisis as the results will hit both severely. When looking at China?s options, Beijing will not be willing to risks a situation in which, for the first time ever, the Politburo has to acknowledge that their 5-year planning is not reaching its set growth targets. Beijing will do whatever it takes to get the figures adjusted to quell a possible economic crisis.

At the same time, Trump will not want to risk lower economic growth figures or even a full-scale slump as it would negatively impact his reelection prospects. Don?t forget, Trump?s presidency is almost in its last year, the coming 12-18 months will be targeting positive economic and financial figures to support reelection. The fall-out of a China trade war will mostly hit the US states that are full of Trump supporters.

When looking at crude oil markets, the situation on the ground is a clearly pro-OPEC. The speculation about a possible end to the OPEC+ production cuts is largely unfounded. Saudi Arabia, Russia and several other major producers are content with the current situation. At the same time, US storage volumes are unrepresentative, as increases are supported by the lack of demand for US shale oil. As some have clearly stated, there is a crisis looming due to crude quality issues. With outages in Venezuela and Iran and instability in Iraq, Sudan, Libya and Algeria, volumes of a certain quality of oil have fallen dramatically. US shale oil should not be considered a savior or swing producer, as it cannot fill the gaps in the current market. Furthermore, Iranian volumes are no longer attractive to its former clients. China, India and even Turkey, are reducing their intake of Iranian crude. Some of crude from Tehran will still enter the market, but not enough.

The market is set for a recovery in the coming weeks, especially if markets continue to overreact to the downside. At the same time, geopolitical risks are much higher than the market wants to admit. A possible proxy-war in the Middle East is a real possibility, with Iraq or Yemen as possible targets. A new confrontation would remove the current ceiling of $75 per barrel with a bang. Observers should be wary of the current bearish narrative in the global oil market.
By Dr. Cyril Widdershoven for Oilprice.com