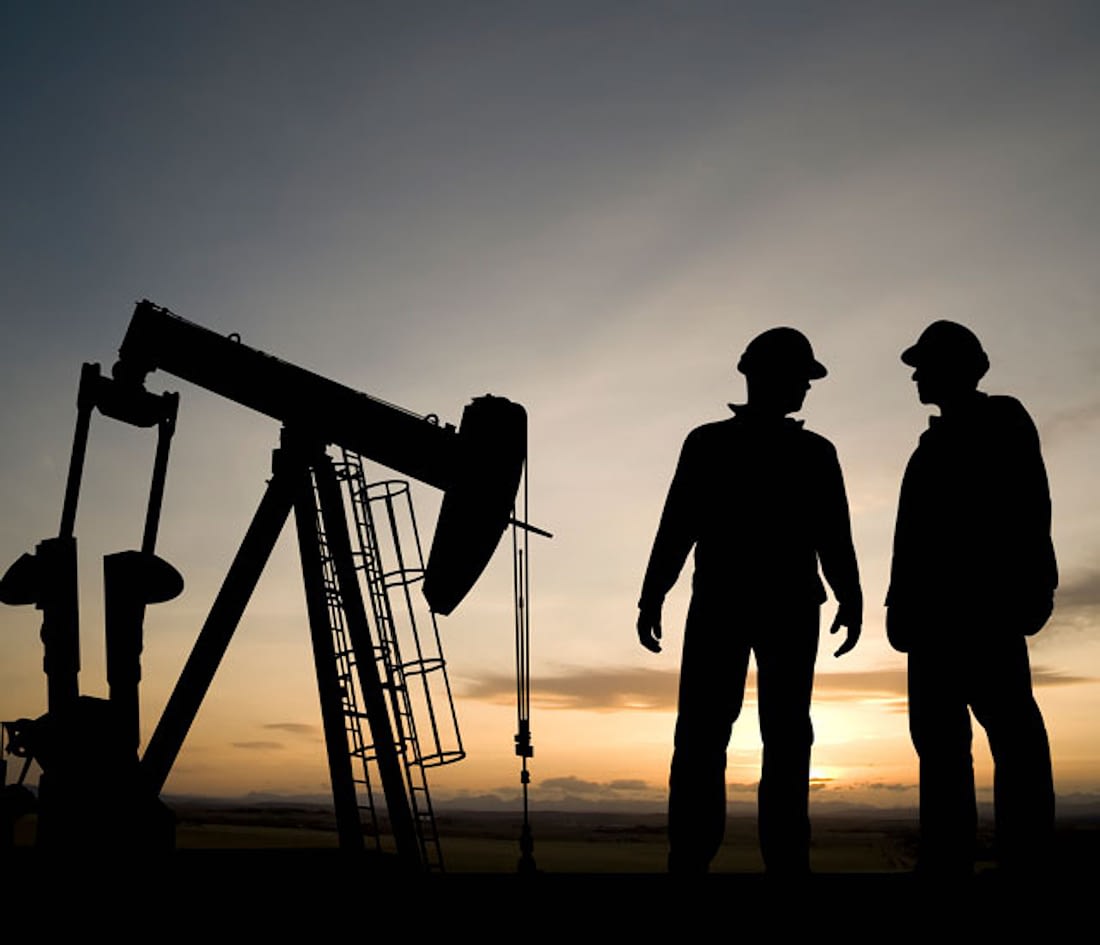 The growing global oil and gas glut, partly caused by the coronavirus global lockdown but also due to mismanagement of the US shale sector and the OPEC+ price war fall-out, is causing mayhem in all energy sectors.

In the next couple of months, due to OPEC++ production cuts and bankruptcies, a vast part of the overproduction will be removed, shrinking the glut to a much more acceptable level. Some analysts are even expecting growth before the end of 2020, based on misconceptions that oil prices could be even hovering around $40 per barrel at that time. Optimism based on simple Excel equations or mathematics are most probably going to be proven wrong.

As long as the impact of the extended Covid-19 crisis on energy and on the global economy is not fully visible, and storage volumes are still building up, oil prices will probably stay low. At the same time, even if all goes back to a ‘pre-corona normal’, the normal will be different if nothing will have been learned from history.

A demand collapse such as we are witnessing at present has never been seen before. Demand destruction to the tune of 20-25 million bpd is a giant shock to the total energy system. Market watchers, however, are focusing too much on E&Ps. The current financial situation of most NOCs, IOCs and large independent producers is not yet dire, while smaller drillers are already on life-support. The industry will, in the end, find the right balance again as much production from smaller producers will be shut in or disappear for good.

The main objective for many producers is to be able to produce significant volumes at the end of the crisis. This is partly misunderstood in the media, as most operators are not the ones directly responsible for the production of hydrocarbons. The main players here are the oilfield services, the companies with the technical know-how and tools to produce a barrel of oil.

Oilfield service companies offer technologies and equipment to oil and natural gas drillers and are crucial in the exploration and completion process, but are also responsible for the manufacturing and mending of equipment. Overall, the fate of all oil service firms is positively correlated to crude prices and also to the capital investment decisions of E&P operators.

The current correlation however is very negative, as low oil prices hit oilfield services exponentially harder. It’s strange to see that non-oil and gas analysts are understanding the threat better for other sectors, than oil and gas does. The threat to the survival and revamp of the automotive sector worldwide is not the cash-flow and debt levels of VW, Mercedes, Toyota or GM, but the survivability of the automotive part suppliers. Without automotive suppliers, no car or vehicle will leave the factory in Stuttgart or Detroit.

The situation is no different for the oil, gas and energy sector. Without oilfield services, production will stall and decline within months. The situation is dire for mainstream independent oilfield services companies, not only in US shale, where giants like Schlumberger, Halliburton or National Oilwell Varco are cutting their investments and workforce, but also in other non-OPEC and OPEC regions.

The poor financial state of the industry is well represented by the sector’s favorite benchmark, the VanEck Vectors Oil Services ETF (NYSEARCA:OIH), which is down more than 70% YTD, considerably lower than the 30% plunge by the S&P 500. Rystad’s report last month that 20 percent of global oilfield services workers could be laid off this year has been undervalued as a real threat for the future. The firing of 1 million or more experts, drillers, engineers and workers means a possible productivity loss at the end of the year that will constrain a possible upsurge in demand and supply. 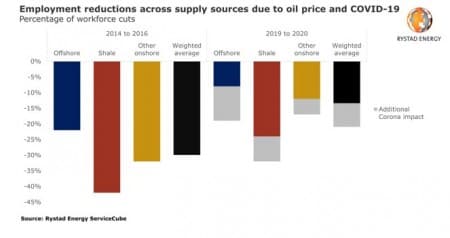 Former oil and gas crises in the 1980s or 2010s have shown that knowledge destruction because of layoffs can significantly slow down a recovery in the sector. Taking into account that the average oil and gas worker is above 45 years of age, a large part of those becoming unemployed will never come back again. Additionally, the possible bankruptcy of small specialized oilfield services also will destroy specific knowledge not easy to be regained if demand is growing again. Former oil price collapses have led to a strategy change at IOCs, removing part of their inside capabilities in engineering and operations, cutting costs meant handing over project implementation to independent oilfield services. IOCs and NOCs are now doing the same again, putting most of the current crisis fall-out on oilfield services companies that will have no other option than to cut their workforce. Oilfield servicing margins, even in good times, have been under pressure.

Oil & gas’ future faces several threats and lack of human capital is a very underestimated one that threatens profitability of the sector going forward. Without human capital, which in most cases is being provided by oilfield services, less oil and gas will be able to be produced, refined, stored or processed.

By Cyril Widdershoven for Oilprice.com 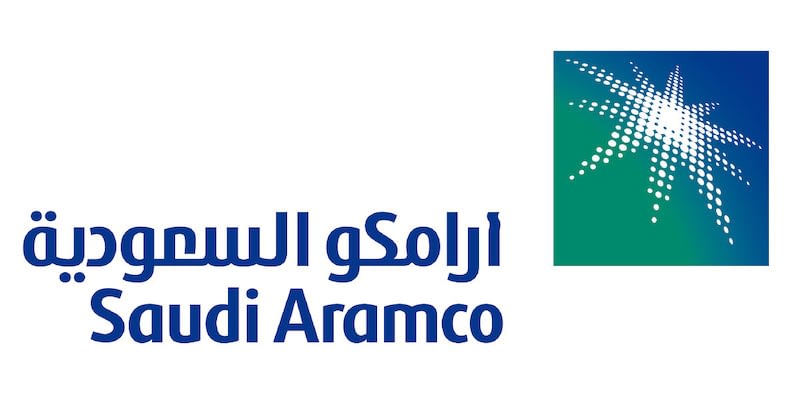 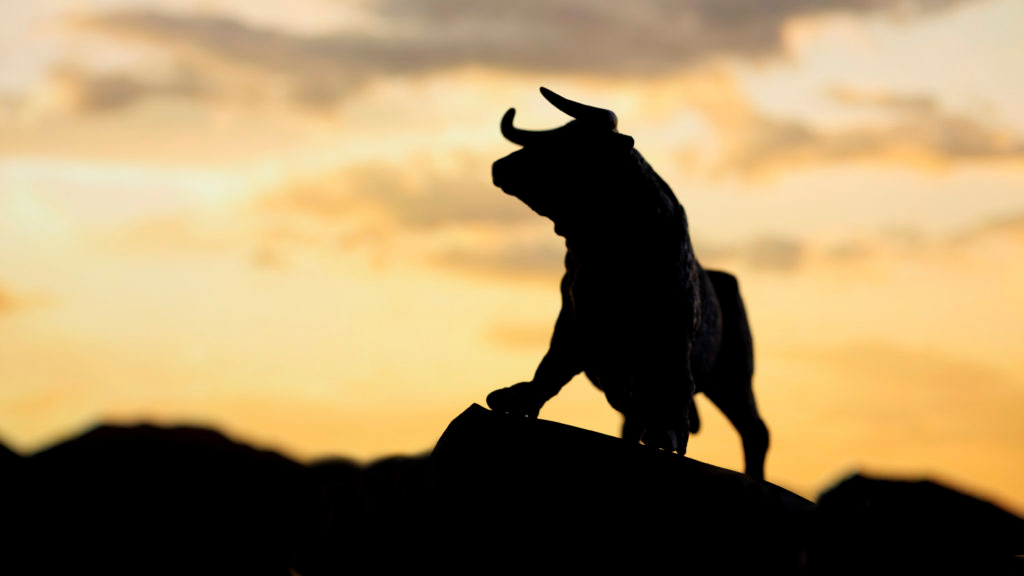 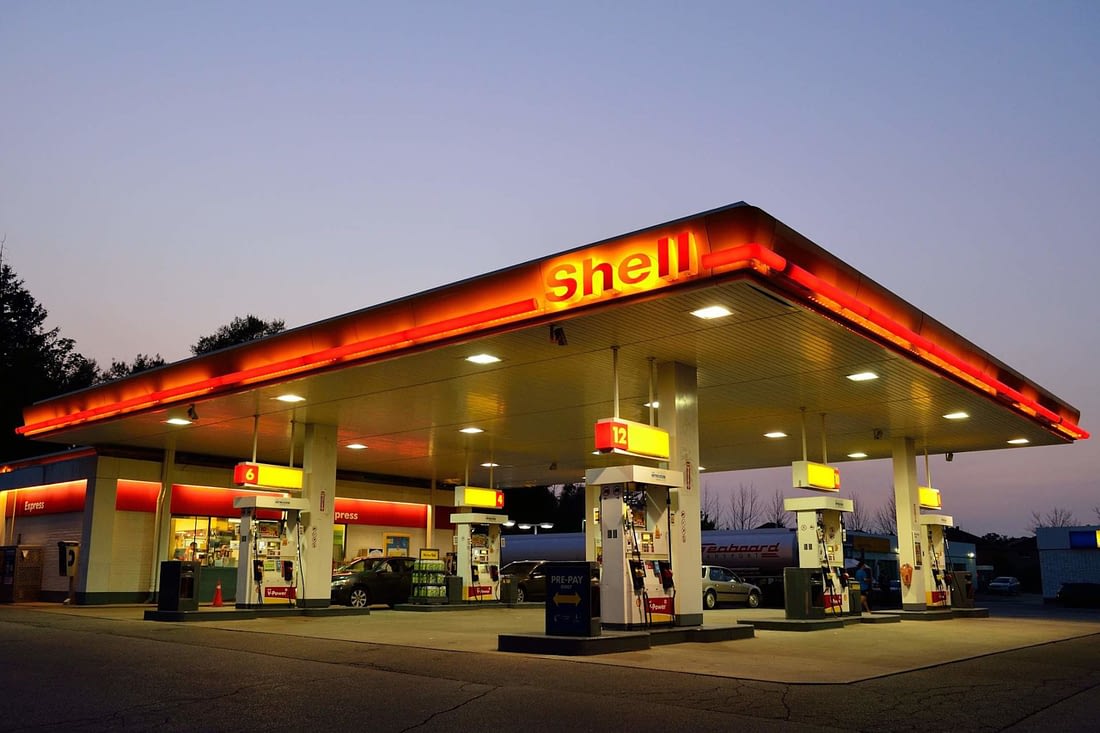