The next geopolitical flashpoint for oil

Berry Group / Energy  / The next geopolitical flashpoint for oil 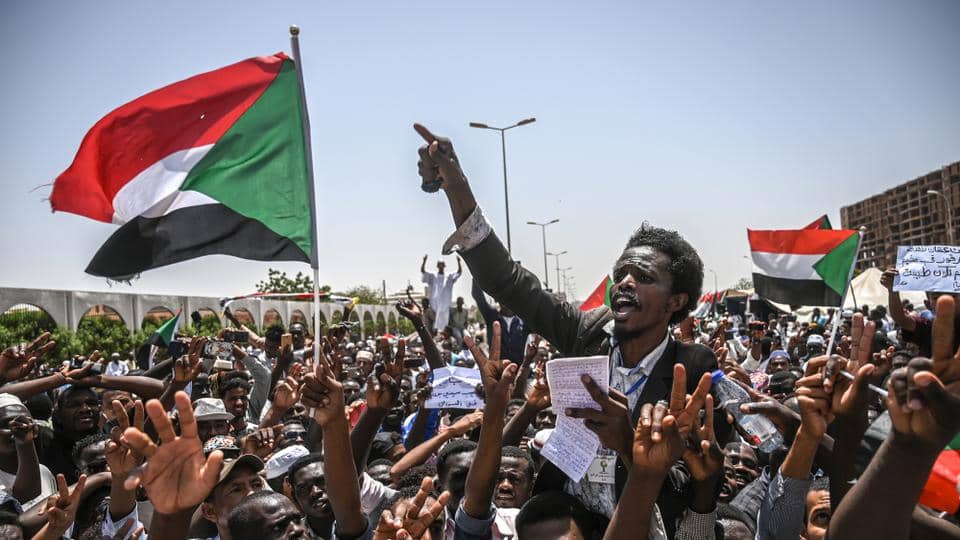 The next geopolitical flashpoint for oil

The removal of long-time Sudanese dictator Omar Bashir by the Sudanese army has been hailed by some as a sign of a new ?Arab Spring?.

From a Western point of view, the removal of president Bashir of Sudan, after several weeks of mass protests in Khartoum and other cities, is in line with the exit of Algeria?s long-time leader Abdelaziz Bouteflika. Optimism in the press, especially in the West, over both developments seem to be based on emotions and not on facts. As the Arab Spring has shown, don?t ever count out the existing power structures of the respective regimes, and specifically the armed forces. The Egyptian revolution was the first example, shortly after the ?democratic revolution? the military took over and reinstated the status quo.

The sudden intervention by the Sudanese forces, led by Sudanese defense minister, Awad Ibn Auf, to remove President Bashir from office is again fully in line with the Egyptian and Algerian examples. So-called democratic protests on the street have culminated in a showdown. Internal assessments by the Sudanese armed forces, and security forces have shown that the position of Bashir was unsustainable. International pressure and internal dissent have totally undermined the position of the Bashir clan, and Arab states didn?t bother to rescue the embattled dictator. These assessments have not been made in the Western press, as Europeans and Americans always seem to focus on the narrative of protesters chanting for freedom.

The facts on the ground are different. The current developments could well be qualified as a second ?Arab Spring?, as it follows the same political and security story that we have seen before. President Bashir has been removed from office without a military confrontation between the Sudanese armed forces and the militant supporters of Bashir, the Janjaweed. While protestors were chanting their slogans, dreaming about real regime change and open elections, the ruling regime has been able to stabilize its own position again. The potential of a significant crackdown is undeniable, as the armed forces and some parts of the former Bashir regime will need to destabilize opposition and remove the crowds from the streets. If protests continue, security forces might change course and remove protestors by force. As opposed to Egypt, Libya and Algeria, Sudan does not have a real opposition block that could challenge the current power structures. This is something that many Western decision makers also underestimate. The masses in the streets don?t represent a democratic pro-western opposition block, but are rather a gathering of individuals protesting against a general authoritarian regime.

The move by the Sudanese army to remove Bashir and quell the protests at the same time does not bode well for the revolutionaries. A real change should not to be expected, and a violent confrontation between the army and Janjaweed is not to the advantage of any party. It seems very unlikely that the end of the Bashir era will be a victory for the people.

Protests are likely to be hamstrung even further by the armed forces implementing martial law. Some officers have already said that their rule will be in place for at least the next two years. If in this period no outside powers intervene, the new ruling group, supported by the army and possibly the Janjaweed militia, will consolidate their power for sure.

Still, some sort of change can be expected. Increased instability at a time of growing conflict in the region is likely to have a supra-regional effect. Analysts are worried that the unrest in Sudan will spill over and affect the Horn of Africa – although it must be said that there is no threat of intervention by the Sudanese army at present. More worryingly, a destabilized and weakened Sudan may tempt regional powers such as Turkey, the UAE, Saudi Arabia and Qatar to gain an advantage in the area. All have become very active in the region, setting up military bases and investing in the Horn of Africa, Sudan and South Sudan. Iran is another player that can?t be ignored, even though the Islamic Republic was thrown out of Sudan in 2016. The West is worried that a new military regime could cause a reversion back to the Sudan of the 1990s, when the country was a major hub for extremists such as GIA (Algeria), Hamas and Hezbollah, all supported by Iranian and Chinese military advisors.

The implosion of Sudan or a destabilized Horn of Africa is a doomsday scenario for most. It will not only put its already fragile relationship with Egypt, its northern neighbor, at risk, it will also negatively affect the future of South Sudan?s oil industry. Sudan exports its crude via a joint Sudan-South Sudan pipeline and a blockade of that route will, undoubtedly, lead to turmoil in South Sudan. Unrest in Sudan (and South Sudan) will not have a major impact on global oil supplies, but it will present an imminent danger to global commodity flows. Sudan?s long and important coast line on the Red Sea indirectly puts Egypt, Saudi Arabia and many others on alert. If stability doesn?t return to Khartoum, the Horn of Africa (Bab El Mandab) also will feel the negative repercussions of regional uncertainty. Commodity traders and shippers should be keeping a wary eye on the region. While South Sudan is only producing around 170,000 bpd of crude, a blockade at a time of already wavering global supply could be enough to push prices up further.