Singapore can lead the change in rewriting the hydrocarbon narrative 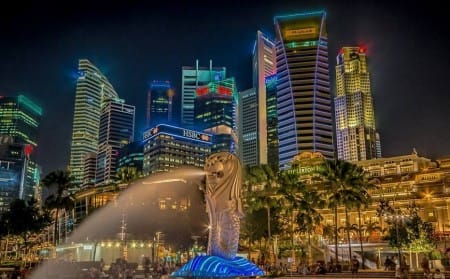 Singapore can lead the change in rewriting the hydrocarbon narrative

Few would dispute Singapore?s leading role in the Asian and global oil and gas industry. Of course, that?s a good thing ? but it also means that the country?s O&G sector, like the industry itself globally, must contend with shifting fundamentals and an increasingly hostile narrative.

Heightened concerns about the environment and the negative impact of CO2 emissions have hit the hydrocarbon sector hard, causing instability and threatening the future of many oil and gas producers. With the shadow of emission targets looming large, renewable energy and EV investments are tackling our dependence on hydrocarbon-based fuels.

National and international oil companies (NOCs and IOCs) are struggling to stem the tide of negativity. To have a future, they must create a new understanding around the industry. Singapore can be a critical component in re-focusing this story.

Right now, global hydrocarbons are fighting a losing battle. As long as the debate around O&G is entirely focused on hydrocarbon use in energy, the sector will continue to be branded a relic of the past. Preserving O&G as the main energy provider at the same level is simply no longer feasible. The science behind emissions and climate change ? not to mention public opinion ? are totally against it. Solar, wind, nuclear and hydrogen will soon take a huge chunk out of the market, in any case.

NOCs and IOCs must fight a different battle. They must be reminding of hydrocarbon?s essential use in almost every aspect of daily life. They must show young people there is a future with hydrocarbons ? it?s already on their table or in their hands. Mobile phones, the internet, sneakers or hamburgers: all are linked to the black gold.

Despite growth in emerging markets like, India, China and Africa, total demand for gasoline and other fuels is flattening and could peak around 2030-35. Petrochemicals, on the other hand, are on the rise. The International Energy Agency (IEA) reports that petrochemicals are set to account for more than a third of the growth in world oil demand to 2030, and nearly half the growth to 2050.

The reasons are intuitive. With few, if any, commercially viable substitutes available, downstream has enormous potential to grow. As long as petrochemicals are being used as main components in daily products such as plastics, fertilizers, packaging, clothing, digital devices, medical equipment, detergents and tyres, the future is bright. Fatih Birol, the IEA?s executive director, has stated that ?our economies are heavily dependent on petrochemicals, but the sector receives far less attention than it deserves?.

Even within a circular economy, hydrocarbons will have their place. There are, for example, a growing number of applications in various cutting-edge, clean technologies critical to sustainable energy systems.

A positive narrative for the future

The world?s largest but also most conservative economic sector, O&G needs to get on the offensive.

By addressing the importance of hydrocarbons in daily life, shifting the emphasis away from energy and CO2, the discussion around O&G can be changed. Without sustained emphasis on these issues, demand will fall, opinions will block investments and the end of oil and gas is nigh.

So how can Singapore contribute to the narrative? Well, not unusually for the island nation, it is already a microcosm of the kind of change, innovation and investment that the industry must embrace in pursuit of future planning and future-proofing. In the O&G sector, Singapore is not only an energy and manufacturing hub, but also a centre for technology and skills development; which is precisely what is required.

Just in the past year, there have been significant developments towards underwriting the necessary, new narrative for the industry. In April this year, ExxonMobil opened a new butyl and resins plant with ?the capacity to produce 90,000 tonnes of hydrocarbon resins and 140,000 tonnes of halobutyl rubber annually, critical to the production of ?everyday items ?– from diapers to tyres to washing machines and TVs.

Only a few months earlier, Neste finalised a Singapore investment, worth approximately??1.4 billion,?which, by 2022, will extend its renewable product overall capacity in?Singapore to nearly 4.5 million tons per year. All Neste’s renewable product refineries are designed to produce renewable aviation fuel and raw materials for various polymers and chemicals materials.

What this indicates is that Singapore is at the cutting edge of an industry waking up to the need to advance a bright vision for its role in the future global economy. With a consensus that a new narrative is required, the initiatives in Singapore will, no doubt, be among the issues discussed at the upcoming ADIPEC, the world?s largest annual oil and gas conference, in Abu Dhabi.? This year?s event will center on the theme on ?Oil & Gas 4.0?, a self-assured and innovative agenda for the hydrocarbon sector?s role in the 4th Industrial Age.

Developing new narratives like that is exactly what?s required for an industry in flux. But the industry must above all convince the world of its value by focusing on products, not energy ? Singapore can lead this change in narrative.

By Dr. Cyril Widdershoven for The Business Times – Singapore