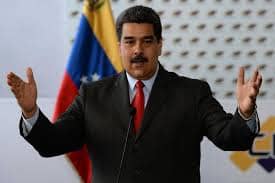 The political power struggle in Venezuela is heating up, and there seems to be no real solution on the horizon yet.

The surprise move by Venezuela?s opposition leader Juan Guaido to declare himself interim president on Wednesday has backed the country?s president Nicolas Maduro into a corner. The outcome of this power struggle is far from clear, as long as the Venezuelan army is supporting the Maduro government. International support for Guaido is, however, growing as US president Trump was quick to back the opposition. Still, Maduro has support from Iran, Turkey and Qatar. Russia, one of Maduro?s traditional supporters, is considering its position.

The current stalemate only will be broken if one party is taking very harsh measures to remove the other. Washington could get engaged in the power struggle, as military action is already an option on the table. Still, whatever the outcome will be, Venezuela?s future is in shambles. As one of OPEC?s founding members, Venezuela?s oil and gas sector has imploded, with oil production levels down to a meagre 1.2 million bpd. Possible U.S. sanctions on the country?s crude exports, as suggested by Pres. Trump, could further lower this number.

Oil analysts are keeping a close eye on the developments, due to Venezuela?s importance within OPEC. Since the start of 2019, Venezuela is officially chairing OPEC, with former general and current minister of oil, Manuel Quevedo, at its helm. The appointment of Quevedo was met by criticism and opposition last year, as he doesn?t have a real oil and gas background, but OPEC members didn?t have a choice, Venezuela needed to be kept in the Saudi-led cartel. The current political crisis in the country however has put all in doubt, as the U.S. already has openly acknowledged that Guaido is the new president.

With two presidents in one country, OPEC?s leadership could be in doubt. The oil cartel will have to deal with a major internal crisis in one of its key members, while trying to counter a still existing imbalance in the oil markets.

Managing the implosion of Venezuela at the same time is going to be very hard. Increased OPEC instability is feared. Until now, the economic and social crisis in the country has been an unexpected boon for other OPEC members. Part of the OPEC compliance successes can be contributed to impressive drop in Venezuelan oil production, removing millions of barrels per day of crude from the global markets. The current crisis, in the short term, is very positive for OPEC+ production cuts, as part of the targeted 1.2 million bpd will be achieved without any difficulty.

However, there are some clouds on the horizon. Increased instability in Latin America could spread, or cause a military confrontation between non-regional powers. Russia, Iran and even Turkey have expressed support for Maduro and could get involved to bolster Maduro?s position. The ongoing militarization of the conflict has been underassessed. Russia has become very active militarily in the region, as became clear on several occasions last year. Iranian and even Turkish officials have been active in the country.

The implementation of a very strict U.S. sanctions regime on Venezuela is also on the table. Washington has openly threatened sanctions on the country?s oil sectors and military. The full scope of these sanctions remain unclear, but most expect that if implemented they will only lead to a U.S. blockade of Venezuelan crude and products. For Caracas this would be not be a death sentence, as these volumes can be redirected to China and India. A serious implementation of U.S. sanctions, supported by possible naval blockades offshore of all oil exports, would however leave the market short of heavy and medium crudes, which are already trading at a premium due to U.S. sanctions on Iran. Price hikes should be expected, as shortages will emerge very quickly.

At the same time, the continuing weakening of Venezuela in OPEC already has changed power politics in the oil cartel. The former Bolivarian revolution, led by former president Hugo Chavez and now Maduro, has always been supported by the anti-Western block led by Iran. As the left-wing block in Latin America has lost influence, Venezuela?s strong political and economic links with Tehran, and Russia, are now under threat. If Maduro is removed from power, Iran is left without any real strong ally in the oil cartel. While Tehran could still expect some support from Russia, the latter has recently been playing both sides in the geopolitical power game in the Middle East.

The Arab OPEC block, led by Saudi Arabia and the UAE, will be smiling behind closed doors. Indirect support is already being given to the Venezuelan opposition, but officially Riyadh and Abu Dhabi are playing the silence game. Without openly supporting a popular uprising, both are looking with some positive feelings at the ongoing struggles in Caracas. Crown Prince Mohammed bin Salman and Mohammed bin Zayed, the real powers in the Kingdom and the UAE, will be pleased and are probably already dreaming about a new OPEC set up, in which Iran?s obstructionism will be a thing of the past, and Venezuela, if ever recovering, will join the Saudi-alliance. If this happens, no real obstacles will be on the road towards a formalized or even openly founded OPEC+, in which Arab nations and the Russians will be calling the shots. The end of the Bolivarian revolution in Latin America could be a door opener for a new oil cartel, leaving Iran in a weak negotiating position.

The coming years, Venezuela is not going to play an important role in the physical oil market. If Maduro survives, the already imploded oil sector will be heading towards a slow death. No investments or production increases to be expected, not even from Asian investors. If Maduro is removed, the new government will be confronted with the immense task of restoring oil production and repairing the immense damage caused by years of mismanagement. Even in the most optimistic scenarios, Venezuela?s reemergence will take 5-10 years.

Without ?Bolivarian Venezuela?, Iran?s geopolitical clout is wavering once more, and the door is open to a more intensive cooperation between Arab nations and Russia. The only thing Moscow needs to do is its own geopolitical and economic due diligence of the entire process, as the stakes are too high to keep Iran as one of its main partners. For Moscow, a strong link with Saudi Arabia, the UAE and other Arab producers, is of bigger strategic importance, than the current client base (defense) in Iran, Venezuela and other minor players. A new geopolitical reality is in the making, thanks to Trump?s shale revolution and Venezuela?s demise. The America First Approach, which has been all about expanding U.S. influence is now playing indirectly into the hands of the Arabs and Russians