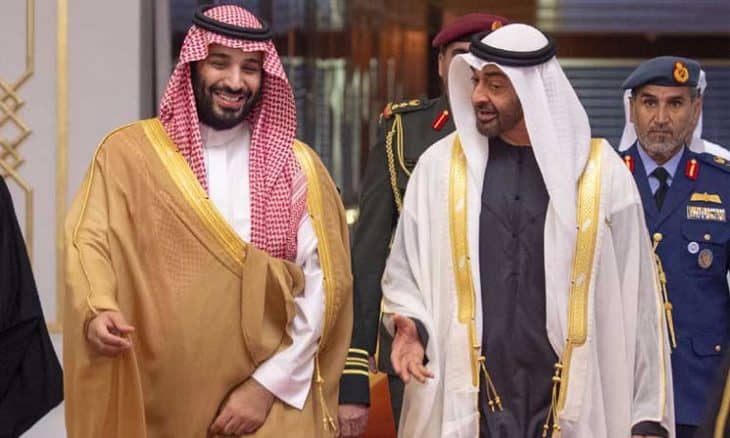 The already strained relationship between U.S. lawmakers and two of President Trump?s staunchest supporters, Saudi Crown Prince Mohammed bin Salman and Abu Dhabi?s Sheikh Mohammed bin Zayed, seems to be worsening. In recent days, reports have indicated that a growing number of U.S. congressmen and women is expected to pass a resolution which will end U.S. involvement in Yemen?s civil war. This resolution would represent a direct challenge to President Trump, who would then have to consider using a presidential veto. While Trump?s Middle East strategy may lack clarity, it is undeniable that both MBS and MBZ are pivotal to his influence in the region.

The hostility between Republicans and Democrats in the U.S. Congress has been particularly intense under the current president. The ongoing support by the Trump Administration of the Saudi-led military coalition fighting against the Houthi rebels in Yemen has become the latest focal point of this tension. U.S. media sources have indicated that a group within congress is considering reproducing a version of the resolution that passed the Senate 56-41 last month to rebuke the White House and Saudi Arabia following the Khashoggi murder. The U.S. public appears to be largely against the U.S. military cooperation in Yemen, mainly blaming Saudi Arabia, and in particular MBS, for the crisis. The U.S. Congress appears to now be reflecting public opinion. This resolution would put limits on the amount and type of U.S. support in Yemen. Senators, such as Mike Lee, R-Utah, state that the decision to support the coalition, which was taken by President Obama and Trump, has never been voted on and approved by Congress. The support for a new U.S. strategy is wide, as newly elected Democratic House Majority Leader Steny Hoyer announced he would co-sponsor the legislation. Several Republicans also now seem to be behind the new approach.

In the Middle East more broadly, Trump?s strategy is failing to instill confidence in the two Arab leaders at the center of this struggle. The ongoing threat of a full withdrawal of U.S. troops and the abandonment of Kurdish forces in Syria has sent shivers down the spines of both MBS and MBZ. The two young leaders, currently heavily engaged in transforming their own societies and economies, are aware that Washington?s support for these two key U.S. allies could be changed by one tweet. Trump?s support appears, from the outside at least, to be based on an emotional rather than rational approach. Riyadh and Abu Dhabi are increasingly worried that U.S. support is wavering, with even Secretary of State Mike Pompeo being unable to quell growing fears. The continuation of anti-OPEC or anti-Saudi oil strategy tweets by Trump are failing to address the fears of these two key OPEC figures.

The most visible sign that MBS and MBZ are considering changing sides, and decreasing their full support of Washington in the U.S., is the fact that neither have flown to the U.S. for a notable period of time. For Saudi Crown Prince Mohammed bin Salman, it is clear that a trip to the USA is both a legal and political risk. He would face the threat of legal cases regarding the Khashoggi murder and political pressure regarding the Yemen War. Both MBS and Mohammed bin Zayed also have to worry about the possible findings of the Mueller investigation. Mueller is currently still focusing on possible interference in U.S. elections, with both Saudi Arabia and the UAE being potential targets. Ties between Trump?s entourage and Saudi-UAE thinktanks and financial groups are being assessed. Qatar, the outcast in the GCC at present, is also under scrutiny. That there are links between the Arab rulers and confidants of Trump, such as Jared Kushner, is already clear. Meetings between MBZ, Kushner and George Nader, a UAE emissary, are already being probed. These meetings have even been linked to a Russian connection, via Erik Prince and Russian sovereign wealth fund RDIF?s CEO Kirill Dmitriev.

If the two Arab crown princes face increased pressure from either the U.S. Congress or the Muller investigation, a major break in US-GCC relations is to be expected. This will not only impact the geopolitical and military operations of the U.S. and its European allies, but also will have a direct negative result for OPEC?s position towards the U.S. At present, the oil cartel is facing anti-cartel legislation and Trump tweets for lower oil prices and increased production. Until now, OPEC?s strategy appears to be to ignoring Trump?s outbursts. If, however, the two main power brokers in OPEC are being directly threatened by Washington then a full-scale position change is to be expected. Saudi-UAE geopolitical policy already has an Eastern bias. A political storm in Washington will only push the two Gulf powers even closer to Moscow and Beijing. By not taking a pro-Russia or China approach, MBS and MBZ are risking their own power and future. By not taking sides, the Arab princes may be leaving themselves vulnerable if a storm were to break out in the U.S. It looks like fundamentals are going to take a back seat to geopolitics in oil markets as this conflict plays out. The political survival of the two princes will surely become the leading factor in OPEC?s oil strategies.