OPEC is facing an existential crisis 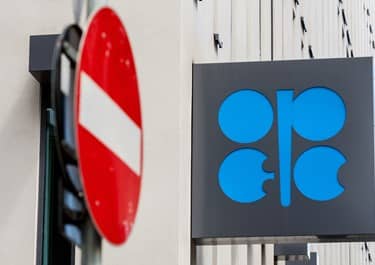 OPEC is facing an existential crisis

Global oil market fundamentals are looking particularly bullish, from the OPEC+ production cuts, to the constraints of exports in Nigeria and the U.S. sanctions on Iran and Venezuelan. While oil price volatility has increased thanks to financial analysts putting an emphasis on Trump?s apparent Twitter agreements with OPEC leaders, market fundamentals are still very bullish. Until the global market realizes that U.S. oil storage reports are not the be all and end all for oil prices, volatility will remain.

There is a new threat looming though as OPEC+ prepares to meet at its June 25-26th Ministerial Meeting in Vienna. The internal cohesion of OPEC is being called into question at present, as several major member countries are facing not only external sanctions but threats of a total internal implosion of their respective regimes. The removal of U.S. waivers for leading oil importers of Iranian oil and gas is putting the Tehran regime under severe pressure. While Trump?s target of reducing Iranian production to zero is unrealistic, the impact of the sanctions is undeniable. No new oil contracts have been reported between Iran and its main clients, China and India, since the sanctions. It seems that the fear of indirect sanctions by the U.S. is already having its desired result, Iran?s hydrocarbon exports have been hit hard and seem to have no response. Reports about Iran having trouble to pay not only its own bills, but also its proxies in Lebanon, Syria and Iraq, also show that the regime is struggling.

At the same time, Iran?s staunchest supporter in OPEC, Venezuela appears to be on the brink. Confronted by U.S. sanctions and increased political support from Arab and European countries for opposition leader Guaido, Venezuela is a facing an economic meltdown as its hydrocarbon sectors come to a standstill. In recent days the situation here has worsened as the opposition, supported by parts of the Venezuelan armed forces and security services, has openly started a rebellion to remove current president Maduro. The latter remains in power, but mainly due to Russian, Chinese and Turkish support. Iran?s Latin American partner is heading for a possible civil conflict of unknown proportions.

Based on these two key OPEC producers, at least on paper, OPEC?s internal structure is fragmenting. The Saudi-led OPEC+ production cut strategy is still in place, but it is partly successful due to the negative repercussions of the sanctions on Iran and Venezuela. The high level of compliance with the agreement (128%) is based on the loss of these particular volumes. At the same time, Saudi Arabia, UAE and Russia, are sticking to their roles, cutting as needed. Optimism about Iraq is based on uncertain assumptions, while Libya?s overall situation is highly volatilie.

To top up OPEC?s internal issues, Africa?s main oil producer Nigeria reports that it is not even able to sell some of its cargoes. Nigerian sources stated on May 2 that around 20 Nigerian oil cargoes are not sold, even after severe price cuts. Nigeria has already reduced its selling prices of a basket of May-loading crude oil grades, mainly as buyers were not showing an interest in contracts for cargoes offered at and above a premium of $2 compared to dated Brent. At present, Nigeria?s major grades, including Bonny Light and Qua Iboe, Forcados and Escravos, saw a decrease of around 20 to 25 cents compared with April. At the same time, Nigeria has been hit by several force majeurs, such as that declared by oil major Shell on exports of Nigeria?s major Bonny Light stream after the closure of one of two export pipelines, while Amenam, operated by Total, is also under force majeure. The main reason for this is not a lack of demand from China or India, but from European clients.

In the coming weeks, as analysts focus on production figures, storage volumes and demand, OPEC will be focusing on defusing pressure to increase production, while at the same time the Saudi-led faction will likely confront the Tehran-Venezuela (and possibly Iraqi) axis. Iran has openly threatened to undermine OPEC?s stability if no support can be gathered before the June meeting. In several statements to the press, Iran?s oil Minister has warned that OPEC is in danger of collapse. Tehran threatens at present to take all necessary measures to block oil and gas flows from OPEC members that are supporting the U.S. sanctions regime. At the same time, Tehran has warned to take measures against countries trying to fill in the supply gap left by Iran. Zanganeh reiterated the latter during a meeting with OPEC secretary general Barkindo in Tehran. Barkindo reacted by saying that OPEC will do its utmost to depoliticize oil and gas policies of the organization. OPEC?s SG statements however look very bleak in light of the growing heat in the conflict between Iran and Saudi Arabia. Zanganeh is counting on Iraq, Libya and Venezuela to keep the pressure on Riyadh an Abu Dhabi, not to fully support U.S. sanctions. The meeting in June will be crucial. Geopolitical pressure, combined with an aggressive power projection of Iran in the Middle East (Iraq, Syria, Libya), leaves less room to maneuver for Arab countries than before. Tehran?s hope to keep Moscow on its side also seems to be backfiring as Russia openly is behind OPEC+ cuts, while backing Saudi-UAE?s efforts in Libya.

In many ways this appears to be a repeat of the 2018 meeting of OPEC in Vienna. The main difference will be that Tehran has lost much of its internal OPEC powers, due to the departure of Qatar and the implosion of Venezuela. Tehran doesn?t hold any real cards anymore, even the threat of military action in the Gulf or elsewhere will backfire. The cartel is heading for a rearrangement of powers, a rearrangement in which a new actor may be taking part. Moscow is still heading for an official agreement with OPEC, threatening to topple any Iranian future in the cartel for a very long time. Putin?s need for Iran is gone, new power plays are already in place, in which Riyadh, Abu Dhabi and Libya are much more prominent.
By Dr. Cyril Widdershoven for Oilprice.com