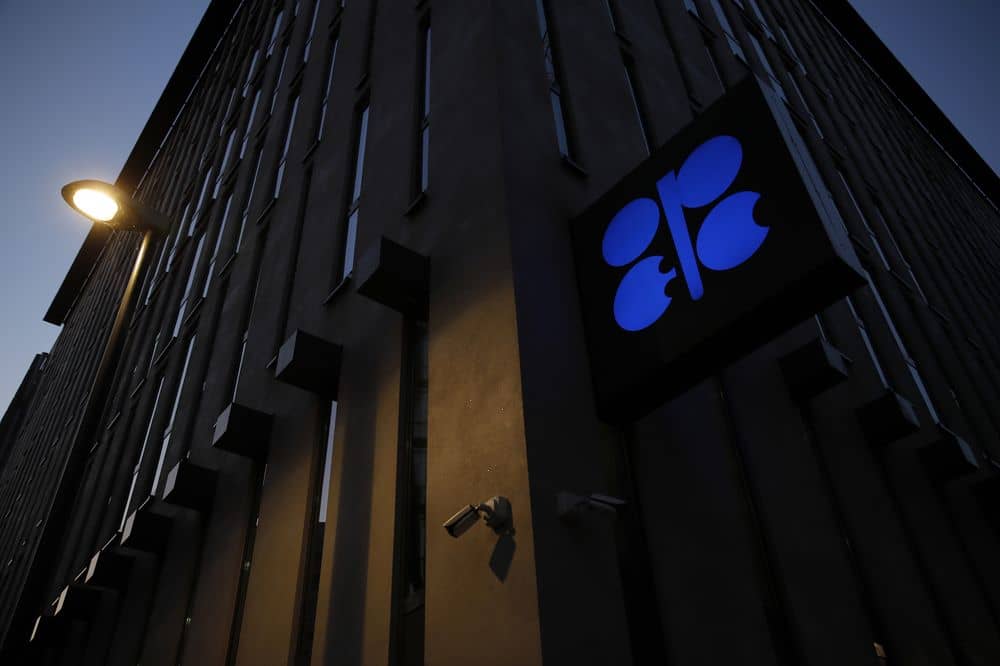 Global oil markets are heading for a bullish 2019, if recent statements by Saudi Minister of Energy Khalid Al-Falih and his UAE counterpart Al Mazrouei are taken fact. The last two weeks, global oil prices have gained their prominence again, beating bearish sentiment in the market, and rallying to levels of around $60 per barrel.

UAE energy minister Al Mazrouei already indicated that he expects oil prices to be on average around $70 barrel for 2019, pushing existing bears into shock. Al-Falih? always the gentleman? indicated that market fundamentals are very healthy, showing no indication that 2018?s end price volatility is continuing. Both OPEC leaders presented a clear message at the same time: OPEC and Russia are not going to act on political tweets coming from Washington, but only to market developments or messages from their major clients.

A possible very bullish year is even expected, as the perceived storage glut is seen to be subsiding, while demand is being covered as needed. The implementation of parts of the ROPEC production cut agreement? reached during OPEC?s last meeting in Vienna? already has taken its toll on storage volumes.? A price rally is even to be expected if some OPEC members (such as Iran, Venezuela) are not able to deliver necessary volumes.

During the last few months, oil markets have gone on a rollercoaster ride, not based on fundamentals but mainly on misrepresentation of the facts and driven by emotions. External factors, such as the US-China Trade War, a possible global recession, or the threat of a substantial increase in US shale oil production, have pushed prices down. Looking at the real markets, most of these factors will not have the expected negative impact at all. The threat of a China-US trade war took its toll, bringing down price levels to the lowest levels in 2018.? Some glimmers of hope that Washington and Beijing will reach a consensus soon however seems to have removed these fears. A global recession, as some predicted? based on the slowing of China?s economic growth?also should not be taken for granted. Even lower growth figures will still force Beijing to import higher volumes of crude products. Asia?s other main economy, India, doesn?t show any lack of thirst for the black commodity at present.

When looking at the other main fundamental, oil production, most signs are on green for prices. Iran will be hit stronger by US sanctions very soon, already showing lower export volumes. A possible end to part of the US waivers would remove additional volumes directly. Venezuela, Libya, and other OPEC producers also are struggling or totally unable to increase production soon.

Geopolitical risks, due to the ongoing fracturing of the global order, the perceived retreat of US power in the Middle East and North Africa, and increased tensions with Iran, Turkey, Russia? and even China? don?t bode well for oil exports.

Facts show a possible tightening of the oil market, as R-OPEC is committed to cut, while demand is growing on a healthy level. Analysts? emotions are however all over the place. US storage, even combined with European storage figures, is not representing the facts on the ground anymore. The immense buildup of storage in Asia, Middle East, and even Africa, has shifted part of the power of storage figures away from the EIA-API (and IEA) focused storages. There is also no real assessment of the fact that the main US downstream giant is Saudi Aramco, via MOTIVA. The Kingdom can unilaterally decide to increase or decrease US storage volumes, while in reality nothing changes, just oil is being moved from one facility to another. Other NOCs can do the same, and US analysts react like cattle. A more diverse storage and oil movement assessment is needed to really act on volumes, not on emotions.

At the same time, US shale oil is taken as the main disruptor. Most analysts are following the dream being presented, and utilized by US president Trump, that US shale oil is the new swing option. Any delay or disruption worldwide is able to be covered by US shale exports. Lower prices have already been caused by this emotional US backed phenomenon. But, US shale oil will never be a force for substitution of OPEC crudes? especially not Saudi or Iranian crudes. At present, US shale oil is mainly used for gasoline and light products, while the majority of refiners worldwide look for medium to heavy crudes, as they provide a wide range of production options. The coming months, even more heavier or sour crudes are needed to cope with expected higher demand for products related to the IMO regulations that are going to hit the maritime sector.

As Al-Falih and Al Mazrouei have recently to the media and analysts, US shale is NOT going to push OPEC over the brink. Famous British author George Orwell?s Animal Farm statement ?all animals are equal, but some are more equal than others? can be applied here too. The market has looked at shale oil as possible risk alleviator, but will be proven wrong. Saudi, Iranian or even Russian oils are more equal. Venezuela, as soon as it would be able to reenter the market, also could provide a wide range of options.

Without finding new non-shale oil producers or additional production increases by OPEC or non-OPEC parties a growing disparity will occur in the market. Total volumes available (OPEC, non-OPEC and US shale) are not representing the amount available to produce what consumers worldwide need. Possibly US and European analysts will need to be awake as US storage volumes could substantially increase the coming months. The latter, taking out emotions really, will occur due to the fact that increased US shale oil production will not find a market, and ends up stored inside of the US.

The impact of Trump?s tweets will be waning very soon. Al Mazrouei stated already last week ?we decide our own goals, strategies and volumes?.we look at the market, not at presidents.?

If OPEC will keep to a full compliance scenario for its production cuts, shortages will be hitting the market soon. Even an emotional analysis of OPEC compliance rates should be reassessed before being taken a negative development. With shortages in the market, the call on OPEC crudes will increase substantially, lowering compliance rates very fast. This will not mean an oil glut, but just common sense in the OPEC quarters.

By Dr. Cyril Widdershoven for argaam.com