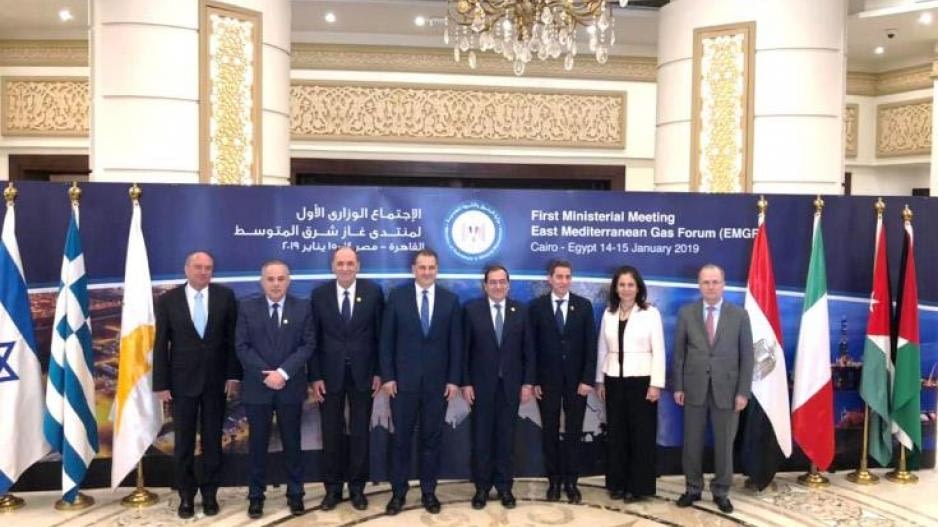 At a meeting of six Mediterranean countries in Egypt, Egypt?s Ministry of Petroleum announced the setup of the Eastern Mediterranean Gas Forum (EMGF), with Cairo as its headquarters.

The latter has been agreed by Cyprus, Greece, Israel, Italy, Jordan, Palestine and Egypt.

The main focus area of the EMGF will be regional multilateral cooperation to support the development of the vast East Med offshore gas discoveries and the establishment of a new energy infrastructure connecting the respecting countries.

The economy of scale is for sure one of the main drivers, as without the cooperation of Egypt, holding the largest offshore gas reserves in the region, the other countries would be struggling to find commercial viability or even major clients.

All parties stated to the media that the new discoveries will influence the energy security in the region, according to the statement. To support a possible regional success, the EMGF will also target the setup of a regional gas market, targeting infrastructure and commercially attractive price settings.

The setup of the EMGF, as presented in Cairo, is a major accomplishment, as it includes countries currently not even seeing eye-to-eye, such as Israel and Palestine. It is a major feat of Egypt, for sure, to be able to bring these two parties at the same table.

At the same time, the EMGF is showing another geopolitical development of importance. After almost 40 years, Egypt and Israel have officially formed a new cooperation framework in which the two will cooperate and develop officially a full regional energy market.

The latter economic integration of a pivotal economic sector, such as energy, shows a major step forward in the relations of both.

For parties such as Cyprus, Greece and Italy, it will be the main building block to build their own plans on. The EMGF will for sure not only be an Egyptian-Israeli party but will need to involve the Cyprus-Greek-Italian angle at the same time.

Without trying to minimize the positive aspects of this move, it also makes clear that the EMGF signatories are at present building up a front against any Turkish or Lebanese involvement.

The ongoing discussions between the EU-Turkey-US or EU-EMGF participants is clearly a totally different road. Ankara?s perceived ongoing obstruction of the offshore drilling and exploration activities by Greece or Cyprus, sometimes even involving navy vessels on both sides, is not taken lightly by Cairo and Tel Aviv.

Some analysts will only look at the economic aspects of the EMGF or see it as a main development to support EU energy security issues, but none should forget the growing security challenges and military build-up in the region.

The latter also accounts to the fact that Lebanon is not included in the EMGF setup.
Even though Beirut has stepped up efforts to explore its offshore oil and gas potential, a direct response to its neighbours? activities, Lebanon?s involvement is at present not on the table.

The heavy involvement of Hezbollah, Iran and possibly Russian forces in the area are constraining even any discussion.

This, however, looking at Middle Eastern politics, will not block Egyptian or Greek parties already talking to Lebanese government officials behind closed doors.

In the coming months – the forum may have been short on concrete results, but participants agreed to reconvene in April or May and institute regular meetings – it will become clear what the real importance of the EMGF will be for energy investments and security in the region.

As Israeli and Cypriot officials already indicated the role of the EU should not be underestimated.

It was already present at the discussions in Cairo, while analysts expect the EU soon to take a decision on the so-called East Med offshore gas pipeline project to, Cyprus Greece and Italy.

The European parties in EMGF have already said that they will push for this pipeline after that Israel reiterated its support too.

Looking at EMGF, the EastMed pipeline – a $7 bln project, expected to take seven years to complete – should still be supported with caution.

A full integration of the region, based on EMGF, will have much more power and viability than only an offshore pipeline. Keeping Egypt on board, integrating the Northeast Mediterranean with Egypt-Israel-Jordan and Palestine, has much more benefits than is understood.

Energy security is also security of energy supply. Both cannot be approached as two different entities.

Security in the region is needed, with both Egypt and Israel onboard, providing military and geopolitical power.

EMGF should not become the same lame duck as its predecessor the Gas Exporting Countries Forum, which is based in Qatar.

Using the current momentum, and the need for additional security and energy in Europe and the Levant, the path for EMGF is already paved, now the participants should take a stroll together.