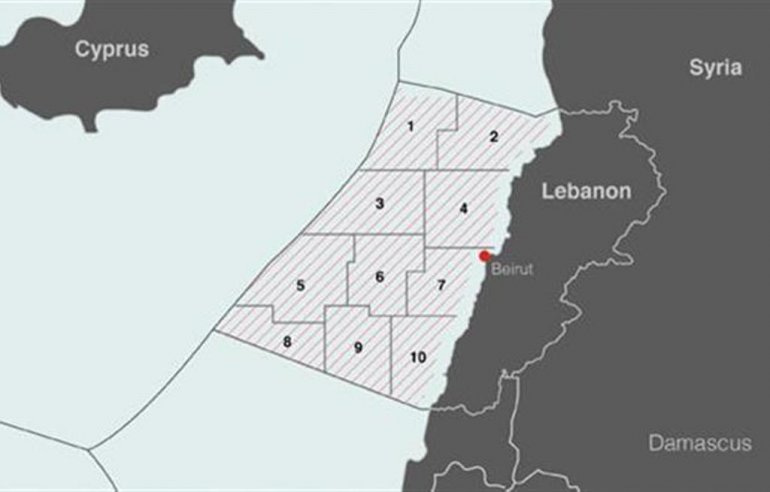 The least known offshore oil and gas frontier in the East-Mediterranean, Lebanon is preparing itself for a possible entrance into the producer?s league.

At the end of 2019, most probably November ? December, offshore drilling is expected to start, targeting some prolific basins. The offshore success stories in Israel, Cyprus and Egypt, have supported the appetite of Beirut to take the plunge too. Nada Boustani, Lebanon?s Minister of Energy and Water, also reiterated that the country?s second licensing round is receiving lots of interest. Lebanon estimates its natural gas reserves at 25 trillion cubic feet (tcf) based on seismic studies, but these have not been confirmed by drilling and may not amount to reserves that are commercially viable.

In an interview given to the international press this week, Boustani showed extreme optimism about the expected results, hoping that an offshore gas discovery would give a big boost to the currently struggling Lebanese economy. Beirut has been faced by power shortages, economic crisis and an immense amount of Syrian refugees. In 2018, Lebanon awarded its first offshore gas and oil exploration and production agreements to a consortium of France?s Total, Italy?s Eni and Russia?s Novatek for two blocks. Interest of other companies, especially Russian operators is also there for the second licensing round. A first well is expected to be drilled at the end of 2019. The results of the second bidding round are not expected before the beginning of 2020, as the bid closing date is set for 31 January 2020. Interest has been shown by Russia?s Lukoil, UK oil giant BP and Malaysia?s Petronas. Until now, no US companies has officially shown interest, despite Washington?s involvement in the preparations.

At present, pushed by US president Trump?s Administration, unofficial discussions are ongoing between Lebanon and Israel about the demarcation of the maritime borders. Until now, the maritime border issue, as both countries are still officially at war, has been a major obstacle for international oil and gas companies to commit serious resources. Some of the blocks on offer by Beirut are in the disputed area or are already partly being explored by Israel.

At the same time, Lebanon is facing an increased amount of internal unrest, mainly due to the detrimental influence of Lebanon?s main Shi?a power player Hezbollah, which is holding a stranglehold on the country?s political stability since the end of the Civil War. Hezbollah?s power struggle, combined with the latter?s involvement and support for the Bashar regime in Syria, is seen by international investors and the US, supported by most Arab countries, as a very high risk. The still brewing military confrontation in the Persian Gulf is expected to have an impact on Lebanon if the conflict explodes. Hezbollah, possibly joined by Hamas, will try to attack Israel if Iran will find itself at war in the Gulf analysts indicate. U.S. Secretary of State Mike Pompeo stated this week that Washington will be supporting ?a bright future for the people of Lebanon?. He reiterated that this will involve a full confrontation with Iranian backed Hezbollah. The U.S. is also pushing to be a mediator in Lebanon?s longstanding maritime border dispute with Israel. Clear maritime border are crucial in the development of Lebanon?s hydrocarbon reserves.

The coming months will show the path that Lebanon will be able to take. The government has at last been able to set up Lebanon?s petroleum fiscal framework, focusing on offshore. The current fiscal regime is known, and expected to be relatively stable. Beirut also has stated that new regulations are planned in the coming years, mainly for onshore oil and gas and the setup of a sovereign wealth fund (SWF).

The latter is all positive, but internal and regional Lebanese politics could blow it all to smithereens. Since the 1970s, regional power players have been constraining the future of the Paris of the Levant. It seems now time for Beirut to choose sides, addressing the potential of joining of the EMGF alliance, in all its aspects. Regional integration and security should prevail over religious links and out-of-date former alliances. Without opening up to Egypt, Cyprus and unofficially Israel, Lebanon?s hydrocarbons will remain a dream.
By Dr. Cyril Widdershoven for Oilprice.com