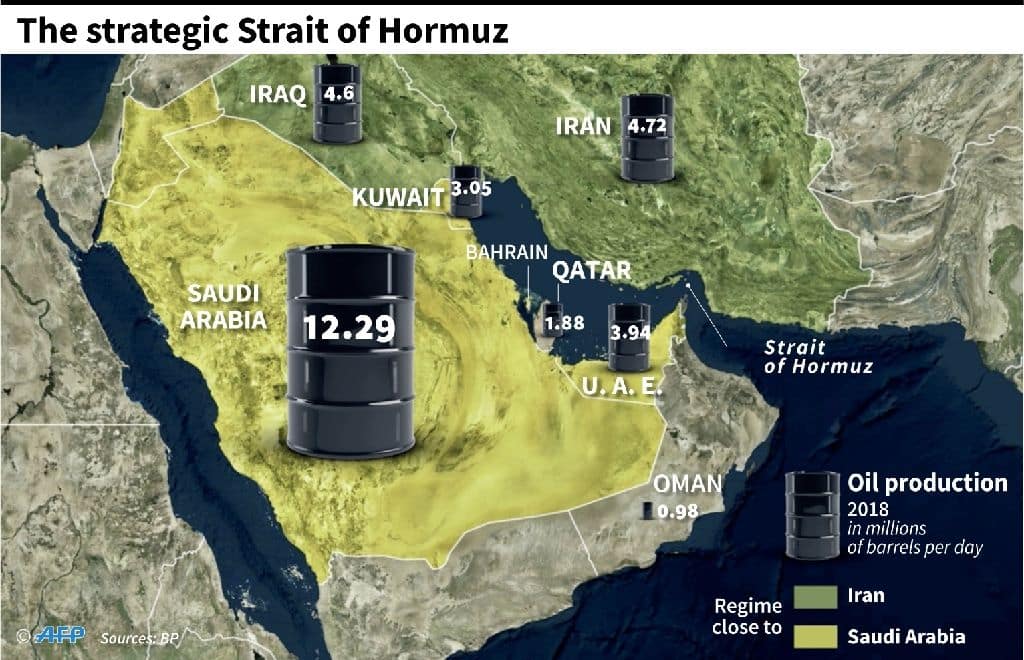 Iran is likely to intensify its attacks on Arab neighbors in the wake of the assassination of Qassem Soleimani, but a blockade of the Strait of Hormuz, the world?s most critical chokepoint for world oil supplies, is unlikely to be a target.

A blockade of the Strait would be counterproductive because it would also shut Iran off from international trade, but Tehran has a multitude of targets available in the region?s critical national infrastructure.

The regime in Tehran is well aware that any direct attack on US or Western military forces in the region would likely end in a devastating military answer, bringing the Iranian regime to its knees. So more likely over the coming weeks is a proxy response, via Hezbollah, Hamas, or the pro-Iranian Shia militias in Iraq, against oil and gas production and downstream operations of Western and Arab national oil companies. This can be done by proxies at low costs, as these targets are easily accessible and high profile.

Without the direct involvement of the Islamic Revolutionary Guard Corps, Tehran can put immense pressure on its Arab neighbors while at the same time hitting Western and Asian economies through rising energy prices.

The Iranian strategy could also aim to split the Europeans and the Americans by upping the economic risks for supporters of the US in the conflict.

Even if no direct war is expected, energy and water sectors in the Arab countries could become targets. As shown by Iran?s drone attack on Saudi oil facilities in September, these operations are very vulnerable, using drones or possibly cyber-attacks. By striking at critical infrastructure, Iran and proxies will be able to destabilize not only the economies and society of the GCC region, but deal a blow to global economies too.

Tehran has already threatened to start a cyberwar against the US and its allies, and over the weekend we saw what could be the first such attack, on Bahrain Petroleum Company. State oil companies of Saudi Arabia and Abu Dhabi could also be targeted, but Qatar would probably be spared due to its close relationship to Tehran.

More worrying could be a cyber-attack or even missile attack on energy-water projects, as this is a lifeline for Gulf countries. A full-scale attack on Saudi Arabia or Abu Dhabi, or a military confrontation in Iraq would be met by a large military reaction by US President Trump, with possible support of his NATO partners. But a proxy or asymmetric strategy by Iran would be hard to counter by Western or Arab states.

Iranian Supreme Leader Ali Khamenei and his cohorts will need to react soon. A long delay would be considered a sign of weakness. A Third World War is at present not an option: Iran is too weak while the Western-Arab alliance lacks boots on the ground. But the asymmetrical conflict is expected to escalate, especially if Iran heads towards nuclear weapons capabilities.

By Dr. Cyril Widdershoven for AlArabiya.com