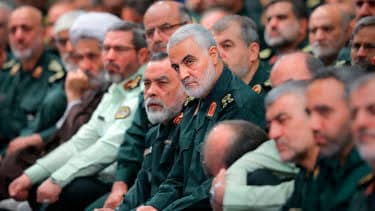 After a week of extreme turmoil in the Middle East, due to the killing of Iranian IRGC leader Soleimani, Iran?s 2nd in command, and the Iranian missile retaliation, global media and analysts are getting convinced that there is room for negotiations. US president Trump?s statements yesterday evening that he is opening for dialogue with Iran has also removed some pressure on the market.

Oil prices, which had slightly spiked due to the risk of an all-out war between the US and Iran and the possible fall-out for oil and gas production in the region, now again are partly receding to pre-Soleimani levels. Statistics, technical analysis systems and media-based reporting all have convinced that there could be a lull in the ongoing confrontation. The market also received with relief statements made by OPEC Secretary General Mohammed Barkindo and UAE?s Energy Minister Suhail Al Mazrouei that there is no risk of an oil shortage in case of a flaring up of hostilities.

Al Mazrouei also reiterated that he doesn?t see any risk that Iran will close the Strait of Hormuz. The latter was confirmed even by his Iranian colleague Zanganeh, the latter even indicated that the crisis is profitable for Iran as oil and gas prices increased. These official statements need however to be taken by a truck load of salt.? OPEC?s confidence that there is enough spare capacity in the market, and there is ample supply, is a political statement to quell existing fears.

Spare capacity of OPEC is at present almost totally in the hands of two main players, Saudi Arabia and the UAE, while the rest is struggling to reach even their own set targets. The following statement can at present be made ?in case of a military confrontation between Iran (or proxies) and the US, a real possibility exists that Total OPEC spare capacity is taken out?.? No other producer, even not in the dreams of US president Trump?s Energy Independence, exists at present to substitute the possible loss of Saudi-Abu oil production. Reality needs to hit in soon that global oil and gas markets could be heading for a major showdown. The current simmering crisis in Iran-Iraq will have a much larger impact than experts at Top-5 banks and Trading Houses are currently presenting to the public. At the same time, media reporting is biased, looking for possible light at the end of the tunnel, believing any positive statement made by Washington, Riyadh-Abu Dhabi or Tehran as a fact. The conflict is not over, you could even say that the current status of the conflict is like a smoldering peat-fire. You can feel the heat but not see the flames, as they have retracted below the surface. 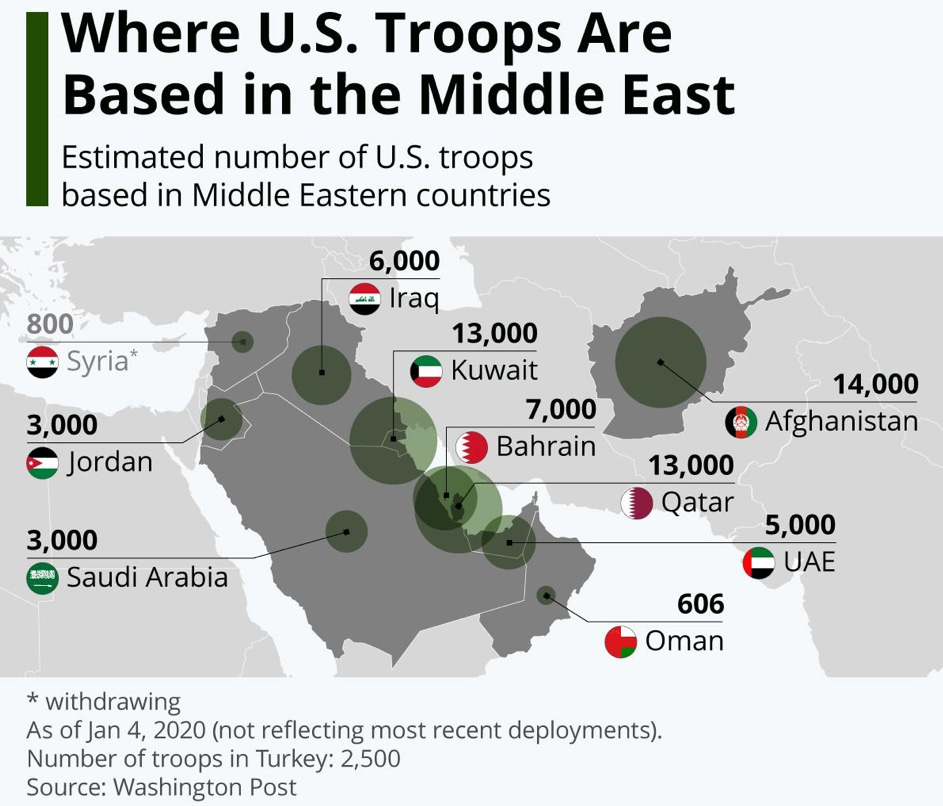 Assessments of the last week?s developments have been largely looking at conventional military reactions. The Iranian missile attack on US forces in Iraq has been without casualties, reported in the media as a low intensity retaliatory strike by Iran. The reality is more diffuse. Tehran has understood at present that an all-out military reaction, intending to a lot of US or Western casualties, is not going to be beneficial to the cause of the Mullahs. However, a reaction to Soleimani killing was demanded by extremist forces inside of Iran and its proxies. To expect that this will be the only reaction by Iran is a fata morgana. Trump has upped the ante, but Iranian leader Khamenei and his IRGC compatriots will react in force for sure. Several scenarios need to be addressed by analysts and be integrated in their oil and gas assessments.? Forget the Strait of Hormuz, negative fall-out for Iran is higher than that of its opponents.? Other options are more likely. 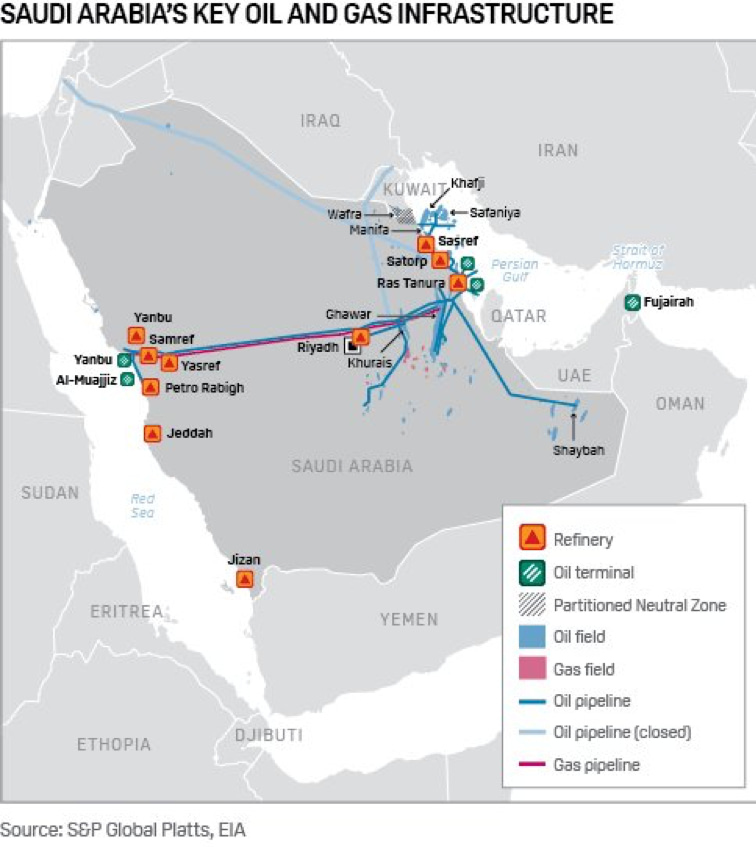 The coming weeks Iran will most probably instigate a proxy response, via Hezbollah, Hamas or the pro-Iranian Shi?a militias in Iraq, against the main oil and gas production and downstream operations of Western and Arab national oil companies. The latter can be done by proxies at low costs, as these targets are easily accessible and high profile. Without a direct involvement of Iran (IRGC), Tehran can put immense pressure on its Arab neighbors while at the same time hitting Western and Asian economies, as prices will spike. The Iranian strategy could again target to split a possible Western Alliance by upping the economic risks for supporters of the USA in the conflict. Still, Tehran has other options, as a potential proxy war by Hezbollah or Hamas could easily involve Israel too. 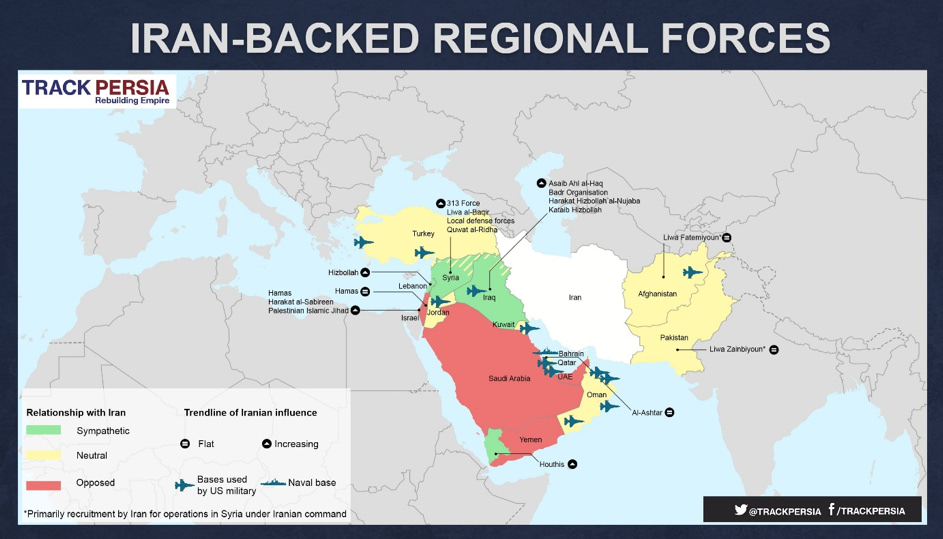 Even that no direct war is expected, as indicated also by UAE Energy Minister Suhail today at the UAE Energy Forum in Abu Dhabi, experts expect that energy and water sectors in the Arab countries could be a main target. As shown by the Abqaiq attack, all these operations are very accessible, using drones or possibly cyberattacks. By striking at particular critical infrastructure Iran and proxies will be able to destabilize not only the economies and society of the GCC region, but deal a blow to global economies too.

A real asymmetric war threat is the use of cyberattacks to bring down specific or nationwide assets, such as oil-gas assets, desalination and power plants (IWPP). Tehran already has threatened to start a cyberwar against the US and its allies, but at present no actions have been reported. It can be expected that Saudi Aramco, ADNOC or BAPCO could be targeted. The position of Qatar?s energy installations is still unclear, looking at the reasonably strong relations between Doha and Tehran. Qatar however could become in the crossfire, as major US and Western military assets are there.

More worrying could be a cyberattack or even missile attack on energy-water projects, as this is the lifeline of society on the short term in the area. A proxy or a-symmetric war strategy by Iran is the most feasible and will be hard to counter by the West or Arab states.? The Mullah regime understands its options clearly, not looking to hurt its own infrastructure or minimize its survival options. A full-scale attack on Saudi Arabia or Abu Dhabi, or a military confrontation in Iraq will be met this time by a large military reaction by US president Trump, with possible support of his NATO partners.

Looking at the current situation, Iranian leader Khamenei and his cohorts will need to react soon. A long delay will be considered a sign of weakness. A WWIII is at present not an option, Iran is too weak while the Western-Arab alliance has not yet enough men on the ground. An asymmetric war will for sure engulf the region soon, risking escalation if Iran continues its approach and heads towards nuclear capabilities. The latter is in the background, but the JCPOA agreement (or what is left of it) ends the next months.

The above painted scenarios will have a detrimental effect on oil and gas production and exports from the world?s most important hydrocarbon region. Taking out Saudi or UAE will remove spare production with a bang. Only removing Iraqi capabilities already would bring supply down to historically low levels. Geopolitics are real, not just a media title, but at present shaping the future. The latter could become even more an issue if the simmering, but heating up, East Med-Libya issue is becoming another fire too.