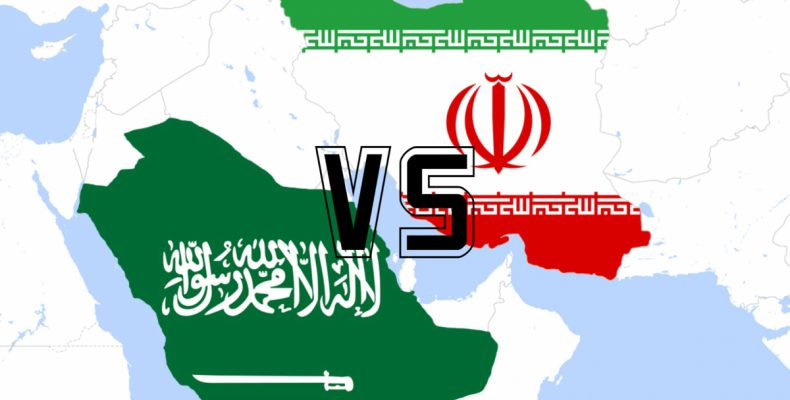 The tensions between Saudi Arabia/UAE and Iran seem to be heading for a new showdown, as the media hype during the weekend has shown. Not only have unknown assailants attacked several oil tankers offshore the port of Fujairah, but drones now seem to have been targeting oil pumping stations nearby Riyadh. Two days after a news bombardment about a possible attack on 4 vessels, of which two were Saudi oil tankers, the attention shifted to the dual drone attack on two pumping stations of Saudi Aramco?s major oil pipeline connecting the Eastern Province with the Red Sea. Saudi Minister of oil, Khalid Al Falih stated to the press that the attack on two oil pumping stations has not disrupted oil production or exports of crude and petroleum products.

Still, Al-Falih reiterated that the two separate attacks represent an increased threat to global oil supplies. The Saudi official also stated that the two attempts prove the need to counter ?terrorist groups behind such destructive acts?, including the Iranian-backed Houthi militias in Yemen. The pipeline attack has already been claimed by Yemenite Houthi militias, which are supported by Iran. Until now, no specific party has claimed the attacks on 4 vessels offshore Fujairah. The U.S., UAE and Saudi Arabia are pushing for actions against Iran as they claim to have evidence that Tehran or its proxies are behind the acts.

The current actions are not only pushing the U.S. (and its allies) and Iran closer to an unwanted war scenario.The effect on oil markets is still rather limited, but will intensify when the culprit is identified. Some analysts are fearing a direct military confrontation between the Iranian regime and the U.S. New skirmishes seem to be imminent, but the situation on the ground is still showing a non-war footing on the U.S. side. Washington?s military presence in the Arabian/Persian Gulf, at present, isn?t not enough for a full-scale war scenario. Until now, American naval and air force capabilities are far below levels of 2001-2013. The perceived military build-up in the region also needs to be taken with a grain of salt.

Still, markets are feeling the pinch, getting the jitters of all the sable rattling. Currently, the media focuses on the Gulf region, but the real danger will be coming from proxies. Even Iran?s hardliners understand that their military or IRGC is not able to counter U.S. military might.

The Fujairah and Saudi pipeline attacks, however, fall totally inline with the expected war-by-proxy supported by Iranian supported entities, such as Hezbollah, Hamas, Houthis or Iran?s hardliners of the IRGC. The Fujairah issue needs to be seen as a possible first sign by proxies that no oil or gas infrastructure is out of reach. By striking the area offshore Fujairah, the culprits have shown they can threaten Saudi or Emirati oil tankers, suggesting that the Strait of Hormuz could be the next target. At the same time, it is a major reminder that global trade flows (Asia-Europe) are in their crosshairs, upping the pressure on the European partners in the JCPOA (nuclear deal) discussions.

The drone attacks by Houthis in Saudi Arabia on the pipeline are a double signal. The first one is not to think that the Yemen conflict is heading for a solution. The second one, and for oil and gas analysts, the more important, is that no Saudi energy infrastructure is out of reach. Some could even say that Riyadh also got another message, most probably instigated by Tehran, that not only the Gulf is in danger, the Red Sea is also within reach. The Houthi drone attack will not have been executed without full support of IRGC sources, as it is too dangerous for them to play this game right now.

The last four days, the world has woken up to a new reality. Global trade and energy are and will be under threat. Not at the place and time that the West or Arab countries are expecting. By doing it by proxy, Iran is able to avert a direct military confrontation, and split the possible anti-Iran front before it is being build. The U.S. and Arab states will have to go it on their own, as long as Iranian involvement is not proven. Deniability of acts of terror by others (Hezbollah, Hamas, Houthis) is able to prevent European powers to openly abandon Tehran?s only hope for survival. By playing the game, Tehran still keeps the door open for the UK, Germany, France and the Netherlands to block a war.

This proxy war will become a low-intensity conflict with high economic fall-out. One thing that many analysts haven?t addressed, is that Iran has given a dire warning to all parties by striking Fujairah, showing that is not possible to mitigate a military conflict in the area by circumventing the Strait of Hormuz.

Next to being a major bunker-hub, Fujairah is also the outlet for the Abu Dhabi Crude Oil Pipeline, which is well-known as the Habshan-Fujairah Oil Pipeline. This 380 km long pipeline, set up by the Abu Dhabi government, was meant to mitigate part of the risk for Arab oil producers in case of an Iranian blockade of the Strait of Hormuz. The pipeline, which runs 380 kilometers in length, originates at Abu Dhabi’s main field and ends at a crude reservoir in Fujairah, with a capacity of 1.5 million barrels, or 50% of ADNOC?s exports capacity.

For a possible anti-US Iran-proxy alliance the list of high value targets is long. In addition to the above targeted options, it could include the following:

All of the above are reasonably low cost and accessible high profile targets, which could be threatened by proxy forces or individuals.

Analysts and commentators will have to reassess the options. The current crisis is not the same as the Iran-Iraq war, Iraq War I-II, and no immense military deployments are in place or will be coming.

The Trump Administration is not willing to invade Iran at all. No new military adventure is being scheduled just before the US election campaigns are kicking off. By spreading the attacks, military operations to counter the strikes are difficult and inefficient. Major strikes on the Bab el Mandeb chokepoint or the Suez Canal would really be a shock to the system. Nothing is off limits. A way out of this conundrum however is!