East Med under pressure from Washington and Ankara 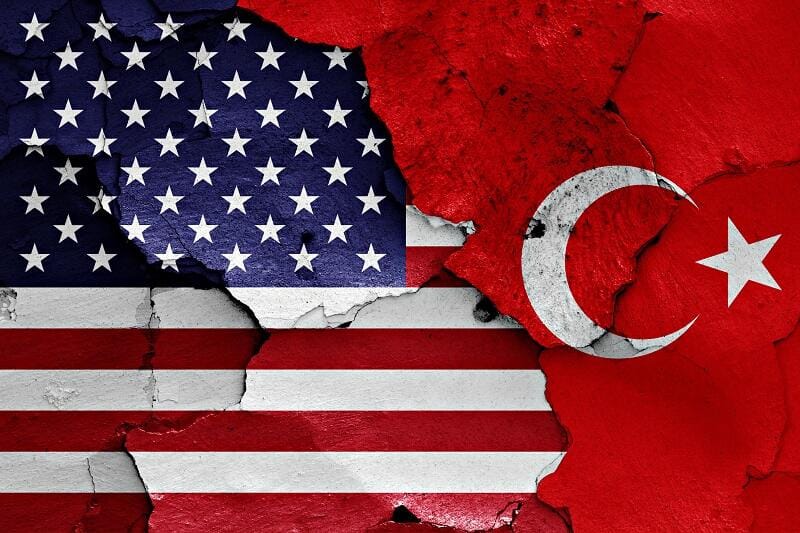 East Med under pressure from Washington and Ankara

A diplomatic offensive is building up to force East Mediterranean countries to bend under the pressure from Washington and even Ankara.

With a high profile diplomatic and security offensive Washington has stepped up its pressure on Greece, Cyprus, Israel and Egypt to return into the fold of the former US sphere of influence.

Not only Trump Administration officials are flocking the hotels of East Mediterranean capitals, but international think tanks, such as the Atlantic Council have entered the fray.

US power players are trying to convince East Mediterranean governments that their future security and energy success depend on US support.

At the same time, the region is watching a very heated conflict between Washington and Ankara with regards to the acquisition of Russian S-400 systems by NATO?s second largest military force and the blocking of the delivery of F35s to Turkey.

Ankara seems, however, to have anticipated the latter, refusing the US demands.

The increased conflict between NATO?s two largest forces also will have its impact on the security situation of the East Med, as Ankara indirectly again has reiterated by threatening action in the Aegean and East Med with regards to ongoing offshore natural gas projects of Cyprus, Greece and Israel.

The situation has become extremely diffuse, putting the other East Med countries in a power vacuum at a time that a regional security strategy is needed to push forward the gigantic gas projects needed.

The first reactions in recent days made by Cypriot, Israeli and Greek politicians shows mainly that there is a possible lack of understanding of the issues at risk.

By playing the US card, the East Mediterranean will potentially fall into a US regional power projection strategy that is not going to deliver.

Washington?s military and economic powers are stretched already to the limit. A growing military-economic confrontation between the US-China is building up in the South China Sea.

At the same time, US powers are constrained by Syria, Libya, Daesh, Afghanistan, and Venezuela.

No straight forward options are there for a full-scale US security involvement in the East Med without hurting its other operations. A full-scale confrontation with Turkey, NATO ? member still, is also not likely.

Playing the US card, East Mediterranean countries could be putting their hopes on a poker play where Washington holds less than Two Pairs, while Ankara and Russia most likely are working on a Full-House.

From the European side, even that all are NATO members, no real support should be expected, as Turkey already has them in a corner for years.

Moves by Great Britain and France to discuss deeper military cooperation with Cyprus and others, also should not be taken as a sign of support in case of conflict.

It seems that all developments at present are playing into the strategy of Turkey. Ankara?s willingness to set up a new discussion on the unification of Cyprus as indicated recently by government officials is possibly a front.

During a visit to Turkish armed forces in Syria, he reiterated that Ankara will not be excluded from any decision regarding the Aegean and the Eastern Mediterranean.

At the same time, regional leaders should be keeping an eye on the internal Turkish struggles, where Erdogan is not only facing a growing economic-financial meltdown but also has been hit by unexpected strong political opposition, as shown in the municipal elections in Ankara, Istanbul and other main cities.

Erdogan?s political position is not yet threatened, but internal unrest sometimes is being countered by autocratic leaders by a more pro-active or military induced foreign policy.

To keep his powers in place inside of Turkey, outside crisis could be a potentially attractive distraction.

It is extremely worrying to see that Cypriot, Greek, Israeli and Egyptian governments are not openly discussing the setting up of security-energy cooperation, based first on a regional constellation, before involving outside powers.

Even in geopolitics, a friendly neighbour is more functional than a far-off friend. By setting up an East Med military-economic union the most effective basis is being set up to solve other issues in future.

The discussion on NATO membership of Cyprus, as being proposed by Atlantic Council, or a full-scale US-East Med alignment is not feasible and functional at present.

With Turkey in NATO, the Cypriot unification will be stalled for a long period still. NATO membership is not going to solve the issue.

By putting all the cards in the hands of the US, regional integration is not being supported, only US regional and economic interests.

The only feasible economic partner for the East Med region is the EU, as offshore gas exports and monetization will depend on European demand. Brussel, however, will not bring a functional security alliance in place.

It is up to the regional parties, without Turkey as long as Ankara is in conflict with all, to set up its own instruments to contain threats and show investors and operators a secure and intra-regional market to access.

It is now time for Athens, Nicosia, Tel Aviv and Cairo, to get their acts together. Until now outsiders have been only playing the divide and rule game.

East Med should maybe have a look at the example of the BENELUX, which has become one of the cornerstones of European integration and security.

Small-scale regional integration should be the first building block, taking in global players will only block integration first.

If Cyprus Defense Minister Savvas Angelides really wants to ?transform the Eastern Mediterranean from a region of conflict into one of stability, security, development and prosperity?, he needs to convince his regional partners that their own house first needs to be in order, before tourists are invited.