Could the Aramco IPO kill OPEC? 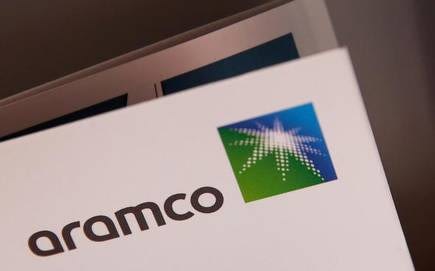 Could the Aramco IPO kill OPEC?

The global oil market could be entering unchartered waters in the coming weeks. After the US shale revolution, which threatened OPEC?s hold on and the stability of the market, a new danger is lurking around the corner.

The Aramco IPO, the largest IPO in history, will not only impact OPEC but will also have repercussions for the Kingdom, Crown Prince Mohammed bin Salman, and the entire GCC region.

Most analysts have pointed out that there are some major issues with the company?s financials, its valuation and possible returns for the Kingdom. International banks are presenting their own IPO valuations, indicating a wide range of price targets, leaving a lot of room for speculation. At the same time, Aramco?s IPO prospectus indicates some threats which seem not to have been included in most analyses, such as the impact of flattening oil demand growth, potential legal repercussions if listed on Western stock exchanges and the potential lack of interest from US and European institutional investors.

And the financials are just one thing analysts are reviewing. Legal risks, including the 9/11 bill, the attitude of the U.S. congress, and the NOPEC bill could pose a major threat to the future of Aramco. The possibility of investing in an oil company that could be sued for so-called terrorism or violent actions taken by third parties may be new but oil companies have always been targets of legal cases.

In the recent past, we have seen several court cases and class action lawsuits against companies such as Shell, ENI, Total and BP. And, when listed, Aramco will be more of a ?normal? company than it has ever been. Saudi Arabia is taking a risk that is not yet quantifiable but which presents a ?clear and present danger?.

Aramco could also be facing the same scrutiny that other IOCs are currently facing from global warming activists. If climate cases are filed in the US, or some European countries, Aramco could find itself in trouble. Multi-billion-dollar claims should be expected as activists will see the world?s biggest oil company as a symbol against which their cause can rally.

The success of the Aramco IPO, driven by Asian and non-Western institutional investors, sovereign wealth funds and even IOCs, has another non-environmental problem as well. As the main actor within OPEC, Aramco will have to act differently when addressing the market if it wants to be a real listed oil company. Shareholders, even from countries that are really inclined to address global warming issues, will still want to see rising profits and a steady dividend. In this increasingly difficult environment, Aramco will have to deliver to both the Saudi state and its new investors.

Acting as a normal oil giant will require a serious change in attitude, management and goals. Even though the company is not officially directly owned or linked to the Saudi government, the company has always been an instrument of the Kingdom?s geopolitical and economic strategy. Aramco?s production and investments have always been clearly linked to the future of Saudi Arabia and the geopolitical stakeholders it represents.

A stock market listed Aramco would have to break with this strategy, putting the company on a collision course with OPEC?s agenda. Shareholders will not be very happy if Aramco?s production volumes are determined by the oil cartel?s members. On the other hand, if Aramco decides not to comply with OPEC, it will render the cartel powerless. At present Saudi officials are vehemently denying that OPEC is being threatened, so shareholders and potential investors should be aware of this major issue before investing in the company.

While the risks are high, some positive things should be noted too. The Aramco IPO has already led to some unexpected positive changes in the GCC region. One could argue that thanks to the IPO circus, Iran, Saudi Arabia and the UAE, are not yet at war. Riyadh and Abu Dhabi have understood that risking a war would have not only have meant a bloody conflict, but also the end to most of the region?s economic and social diversification plans. Oil and money now seem to have prevented an all-out war with Iran. Next to this, Saudi Arabia?s ill-fated adventure in Yemen seems to be entering its final phase. More and more rumors show that the involved parties are negotiating a deal that could end the Saudi-UAE confrontation with the Houthis. At the same time, the anti-Qatar Arab coalition (Saudi Arabia, Bahrain, UAE and Egypt) have openly shown willingness to remove some of the sanctions they imposed on Qatar. Opening up may come with its risks, but there may also be some more unintended positive consequences.