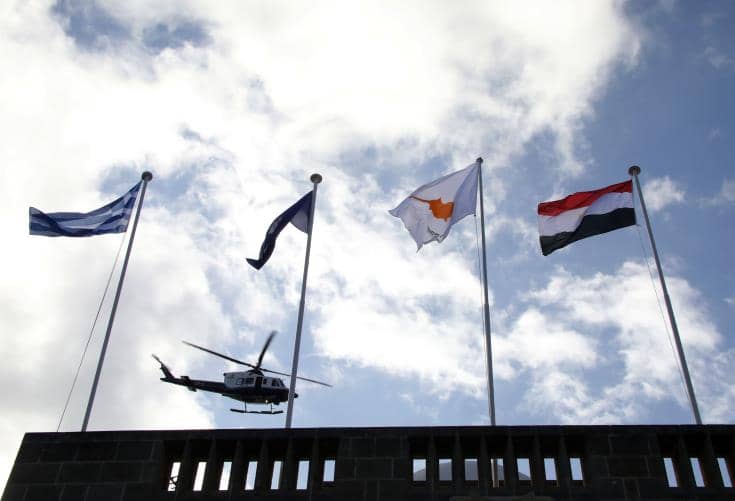 The immense offshore natural gas success story of the East Mediterranean is heating up the discussion on security of the region.

After decades of being a benign almost forgotten geopolitical part of the world, energy interests of the EU, Russia and Turkey are leading to a renewed emphasis on regional security arrangements.

It goes without saying that new regional security issues have popped up, not only constraining the already existing Turkish-Greek-Cypriot issues but incorporating Arab-Israeli fears too.

Washington now has rediscovered the region, after its total focus on the Syrian and Iraqi civil wars. The re-emergence of the US involvement, however, is not only a pure security concern but involves Washington?s clear strategy to enter European energy markets too.

As already indicated by US Secretary of State Mike Pompeo, Washington?s official push is to assist East Mediterranean countries, to start with Cyprus, to export its gas to Europe.

The US official indicated several times that the push for East Med gas to the EU is to lessen the latter?s growing dependence on Russian gas supplies.

In the eyes of the US, offshore gas reserves of Cyprus, Israel and Egypt, could put a dent in the increased volumes of Russian gas hitting the EU, especially after the stop to the Dutch Groningen gas field production.

Washington feels the gas should be transported via an offshore East Med gas pipeline. Strangely enough, this option is already seen by analysts as the most challenging, commercially doubtful one, as the costs and technical issues are high.

In the light of a growing natural gas glut on the market, competition for this pipeline is high, almost not feasible in regard to Russian and Caspian gas pipeline projects.

At the same time, Washington knows that Egypt, the largest and most successful offshore gas producer at present, is not supporting this move.

Cairo is mainly, and commercially the right approach, interested to combine Cypriot, Israeli and Egyptian production to utilize existing Egyptian LNG liquefaction capacity in Idku and Damietta. The US push for a pipeline option to Greece is blocking this.

Security in the region is not only Cyprus-Greece vs Turkey but will have to include Israel and the largest Arab country Egypt.

To put Cairo in a corner is not the right move by Washington, possibly opening up new inroads for Russia in Cairo, a former Russian ally in the 1950-1960s. Growing cooperation between Moscow and Cairo should wakeup experts in Washington to reconsider their efforts.

However, there could be another main driver. By setting up a fixed offshore pipeline project to deliver Cypriot-Israeli gas to the EU, the US also can keep its own dreams alive.

By weakening Egypt?s LNG export potential, which mainly is going to be heading to the European markets, while at the same time locking Cypriot and Israeli gas to the smaller Southeastern European markets, US client targets, such as Baltics, Poland, Germany, UK and the Netherlands, will be locked out.

A USA security push for the East Med could be based on two pillars, a push to thwart Russian influence and energy exports, while opening up EU markets for US energy exports, such as LNG (shale gas).

Without any other consideration, US involvement will not increase security in East Med to the fullest but constrain hard-needed regional cooperation. US interests are not in East Med, but European.

Now it is time for the region to get its act together and set up its own framework. Support from outsiders will be only an additional bonus, not a godsend.

This week?s meeting of the East Mediterranean Gas Forum (EMGF) should be a sign on the wall. Regional cooperation is key to success, proven in the European theatre for decades.

The participating countries should be taking this approach not only to secure the development of their offshore energy resources and markets but also to integrate and develop their own security set-up.

They should not be counting on European or US political or military pressure on potential threats. As shown by the growing crisis between the US and Turkey or the ongoing NATO struggle with Turkey?s honeymoon with Moscow and Iran, choices will not be clear in a time of crisis.

Involving outsiders to determine your future is not the best approach. Build up a regional economic, energy and security partnership, and outsiders will be knocking on your door to participate.

By choosing outsiders to leave, the region will be split and divided. For countries such as Cyprus or Greece, the rule should be ?better to have a good neighbor than a far friend in time of need?.