A quick introduction to non-followers:

The global energy market is in disarray, as the Corona virus and the unexpected oil price war between Russia and OPEC have opened the door wide open to the possibility of oil prices dropping to levels we may not have seen before, as is the case with the stock and bond markets.

The future – Unfortunately it seems bitter ..:

If we look at stock prices and the evaluation of oil and gas companies operating at the local and international levels. We will see that the corona virus mix and weak economic growth globally and the price war in OPEC as well as the stagnating demand for oil and gas companies.

Energy companies have been in a weak position for some time:

The returns announced by energy companies over many years are much lower than those announced by companies in other sectors, but the investors still had huge investment portfolios that are sufficient for all.

But the pressure was increasing and returns became constrained by the shift in energy use and the exit of a number of investors and investment funds from the traditional energy sector, which could lead to bankruptcy or the need for restructuring of some small companies in the near future.

On the other hand, the current crisis may be a great opportunity for the national oil companies, namely Saudi Aramco, ADNOC UAE and Qatar Petroleum, as everyone hopes to expand their investments to include international opportunities, especially in North Africa and the United States.

I believe that the time is now for national oil companies to take acquisition decisions in light of lower current valuations and weak investor appetite.

For years, Saudi Aramco, Qatar Petroleum and ADNOC have worked out strategies to move from being a national oil company to an international national oil company. Capture additional capabilities from reserves, outlets and production is a key tool for future market management.

Not only are acquisitions or major joint ventures outside their territory attractive because of assessments and growth prospects, but rather they will distribute risks in the event of geopolitical or regional turmoil and allow them to benefit directly from the major markets.

Other national oil companies such as the Algerian Sonatrach and the Iraqi National Oil Company can also benefit by attracting major Gulf companies to invest in them. And they will not be the first to do so in the region.

Qatar Petroleum invests in it in the oil and gas sectors despite the dispute between Cairo and Doha. Kuwait is participating, through “Kuwait Energy” company, in 4 projects in Egypt as well. 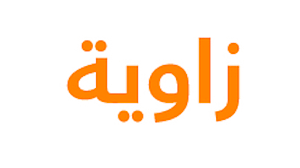 * Cyril was contacted via the WriteCaliber website, which is a modern Dubai-based website that provides journalists with a group of experts to communicate with and use their opinions on newspaper articles and opinion articles.